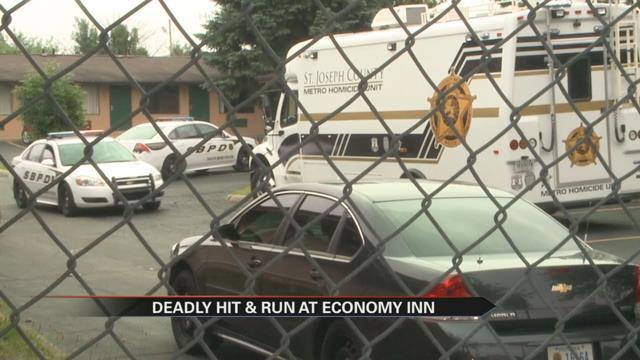 A man was hit and killed by a vehicle in the parking lot of the Economy Inn on Lincolnway West Saturday.

The victim, Rick Dale Rice, was pronounced dead at the scene.

According to the probable cause affidavit, officers responded to the scene and found Rice deceased, but the vehicle involved in the collision was not on scene.

After several minutes, a man driving a black Toyota Tacoma pulled into the parking lot.

The driver, 44-year-old Douglas Grant, told investigators while he was in the parking lot earlier, Rice approached his vehicle and grabbed the door handle.

Grant said he thought Rice was attempting to rob him and drove away, according to the affidavit.

Grant said he did not hit Rice.

Investigators got a search warrant for Grant's vehicle. There was human tissue on the vehicle, and the tread on the tires were similar to the tread marks on the victim's body.

Grant was charged with leaving the scene of an accident resulting in death.

The investigation into Rice's death is ongoing.