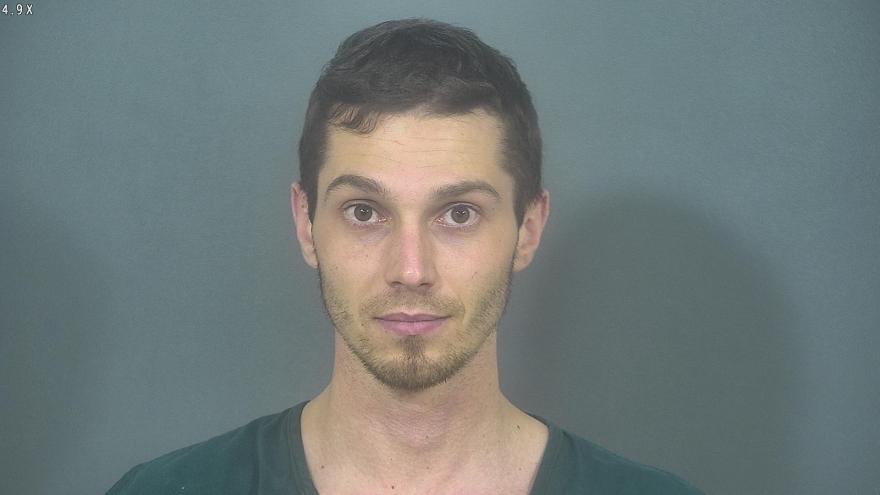 SOUTH BEND, Ind.—A 25-year-old man was arrested and charged with sexual battery after an incident on Eddy Street, according to court documents.

Myron Bontrager, 25, appeared in court on January 16 and preliminarily pleaded not guilty to the charge, court records show.

According to the probable cause affidavit, during the early morning hours of August 25, 2019, a woman was sitting on a bench on Eddy Street waiting for her friends to come out of a convenience store when a man in a blue shirt sat down next to her and placed his arm around her.

The man appeared to be intoxicated, court documents said.

When her friends came out of the store, the woman left the area, leaving the man behind.

While the woman walked back to her apartment alone on North Eddy Street, the man in the blue shirt intercepted her, put his arm around her and led her to a bench where he allegedly continued to touch the victim, court documents said.

The man then followed the victim as she tried to walk away, backed her into a corner against a wall and continued to touch her and attempted to kiss her, court documents said.

According to the probable cause affidavit, the victim repeatedly told the man “no” during the incident.

The victim was able to get away and later that morning, a police officer saw a man wearing a blue shirt near Edison Road and South Bend Avenue that matched the description of the man who was reportedly harassing women on Eddy Street, court documents said.

The officer spoke with the man, who denied assaulting any women and the conversation was captured on the officer’s body camera, reports said.

During the investigation, officers viewed surveillance video from a local business that captured some of the interactions between the victim and the man in the blue shirt.

The man in the video appeared to be the same man captured on the officer’s body camera.

Employees at a local bar recognized the man in the videos and told police that the man was Bontrager.

During an interview with police, Bontrager identified himself in both videos as the man in the blue shirt, reports said.

Bontrager was booked into the St. Joseph County Jail on January 16 and held on a $500 bond. He is due back in court on January 28.