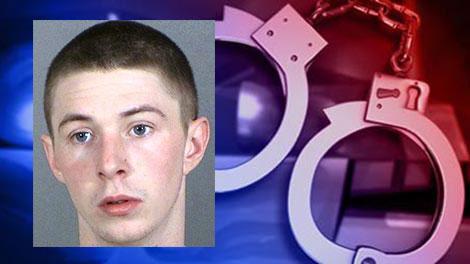 A 25-year-old man is accused of fatally shooting his father in Steuben County, Indiana, Wednesday.

The Steuben County Sheriff’s Office received a call about a man being shot just before 12:30 p.m.

When deputies responded to the area of W CR 400 N in Angola, they located the body of 51-year-old Rusty Smith.

Deputies said it appeared he had been shot.

Cody had Carley Carter, 24, and an infant in the car, reports said.

At 3:19 p.m., deputies received a call that Cody, Carley and the infant were at a home on W. Nevada Mills Road.

When deputies arrived, they took Cody and Carley into custody without incident.

Carley was later released on no charges.

Cody was taken to the Steuben County jail on a preliminary charge of murder.