Man charged with smuggling tiger cub into US 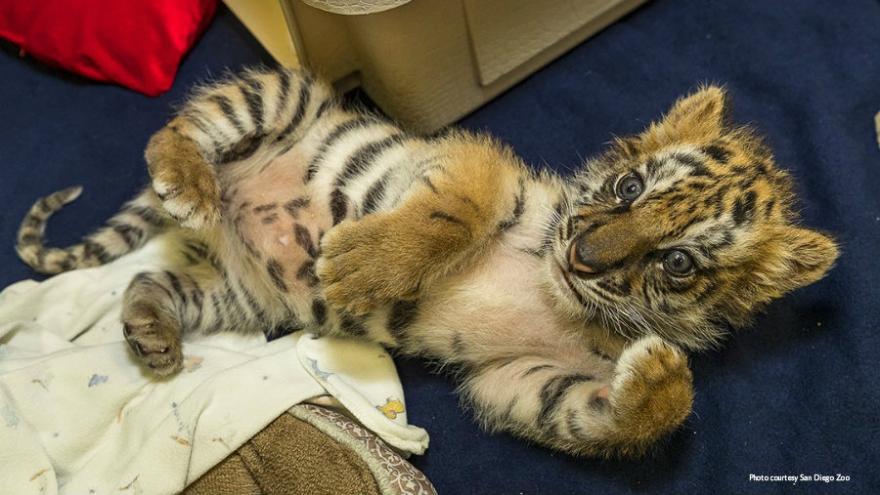 (CNN) -- A California man has been charged with smuggling a Bengal tiger cub into the United States from Mexico. He told investigators he wanted to keep the tiger as a pet, the United States Attorney's Office said.

Under federal law, all species of tigers -- including Bengal tigers -- are endangered species. A Fish and Wildlife Service permit is required to import any species listed under the Endangered Species Act.

Luis Eudoro Valencia, 18, of Perris, California, told federal authorities he bought the tiger cub on August 21 for $300 from a man he saw on a Tijuana street walking a full-size tiger on a leash.

But Valencia didn't have the required permit and failed to declare the tiger with Customs and Border Protection officers when he drove across the border into San Diego, California two days later, the US Attorney's Office said.

Valencia was also charged Wednesday with importing an endangered species without a permit.

Valencia was released on a $10,000 surety bond and was ordered to appear for a preliminary hearing on September 5.

A number for Valencia could not be located on Thursday. His attorney, Adam Schneider, told CNN he hadn't yet spoken to his client.

Around 1:30 a.m. on August 23, Valencia and his passenger drove into the Otay Mesa Port of Entry in a silver 2017 Chevrolet Camaro with no license plates, the complaint said. The two initially said they didn't have anything to declare, the complaint said.

A Customs and Border Protection inspector searched the vehicle after they found a problem with its vehicle identification number. The inspector found the tiger cub on the floor of Valencia's vehicle, the complaint said.

Valencia told authorities he started communicating with the seller on August 18, the same day he went to Mexico to meet the seller. He returned on August 23 to purchase and pick up the tiger, the complaint said.

The Bengal tiger is the most populous subspecies of tiger. It is native to India, Bangladesh, Nepal and Bhutan, the US Attorney's Office said.