Man claims his home was attacked by Bigfoot 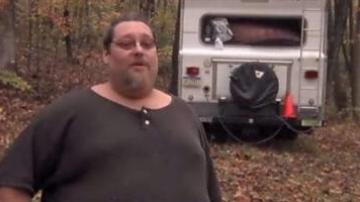 LYKENS, Penn. -- A man's mobile home was destroyed by an animal that he thinks might have been Bigfoot.

This is not the first time this Pennsylvania man has told state troopers he has seen Sasquatch.

John Reed said his tail lights and windows were smashed out of his motor home.

Police say he told them once he turned his lights on, Reed believes Bigfoot threw rocks at the lights to prevent being discovered.

Reed is a self-described Bigfoot tracker and a founder of the Lykens Valley Sasquatch Hunters.

"I've been in the woods here for the past 30 years trying to see them again and again. I've seen Sasquatch on 3 occasions" said Reed.

But when asked by the media, Reed said he believes the crime was committed by vandals.