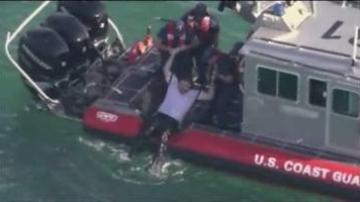 A man spent seven hours clinging to a cooler lid. His boat capsized while he was fishing with his brother.

His brother made it to shore.

“When he came on the scene, this was the only thing he was holding onto,” said Joseph Abeyta of the U.S. Coast Guard. “He probably weighed about 200-220 pounds and unfortunately he was unable to get to his life jacket when the vessel capsized."

Both brothers were taken to the hospital. The coast guard took the opportunity to remind boaters to wear the life jackets they have on board.