Robbery suspect charged in death of 13-year-old, his alleged accomplice 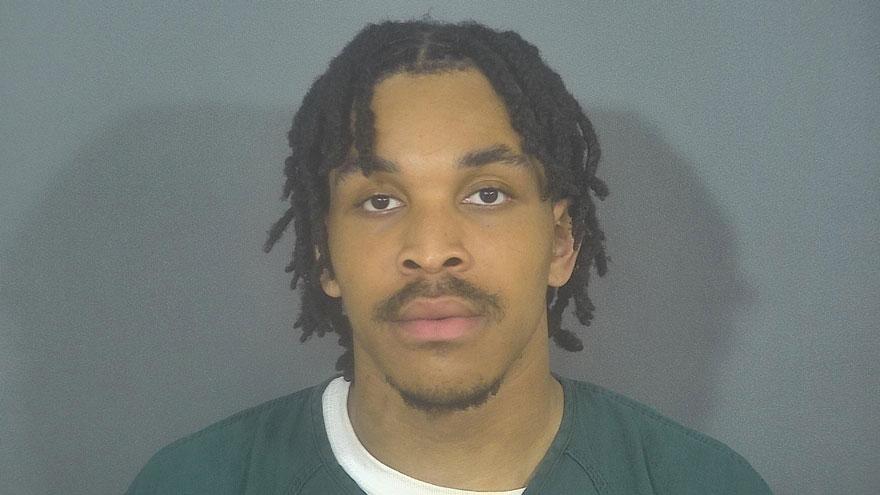 ST. JOSEPH COUNTY, Ind. -- Charges have been filed against a suspect accused of trying to rob the residents of an apartment in December 2017, according to court records. The suspect is charged in the death of his alleged accomplice.

TreMare Lashawn Hill, 20, has been charged with murder and attempted robbery. He also faces a firearm sentencing enhancement.

Hill was arrested on Tuesday and is scheduled to be arraigned on Wednesday.

Court records say 13-year-old Tyshawn Taylor went to the apartment in Hickory Village around 9:45 p.m. on December 26 to purchase marijuana or cigarellos, according to the probable cause affidavit.

Hill entered the apartment and pointed a silver handgun at the residents, reports said.

One of the witnesses in the apartment fired a .22-caliber rifle at the man with the gun, reports said.

The man with the gun fled the apartment, along with a man who was waiting in the hallway, and fled the scene, according to the probable cause affidavit.

Taylor died in the doorway of the apartment, reports said.

While investigating the fatal shooting, police located a picture on Taylor's social media accounts and phone with a picture of the witnesses who were inside the apartment along with a note that he had "found someone to rob," reports said.

Approximately an hour before the shooting, someone called "Tre Gang," later identified as Hill, sent Taylor a message that said "Let's rob dude again," according to the probable cause affidavit.

Investigators requested a sample of DNA from Hill but were unable to locate him until March 2020.

When asked about the case, Hill said he knew Taylor set up and robbed "weed dealers" and admitted to talking to Taylor the day of the shooting, reports said. He denied being at the scene of the shooting.

Hill had several scars consistent with the caliber of the weapons of the witnesses in the apartment, reports said.

In addition, DNA found in the apartment following the shooting was consistent with Hill's DNA, according to the probable cause affidavit.

Investigators did not identify Taylor in court documents, but Taylor's family spoke with ABC57 during the investigation.

UPDATE: In October of 2021, Hill pleaded guilty to robbery resulting in serious bodily injury as part of a plea agreement. The charge of robbery - taking property from another by putting someone in fear was dismissed. Hill was sentenced to 20 years in prison with five years suspended and five years probation. He will serve 12 years at the Indiana Department of Correction and three years at St. Joseph Community Corrections.