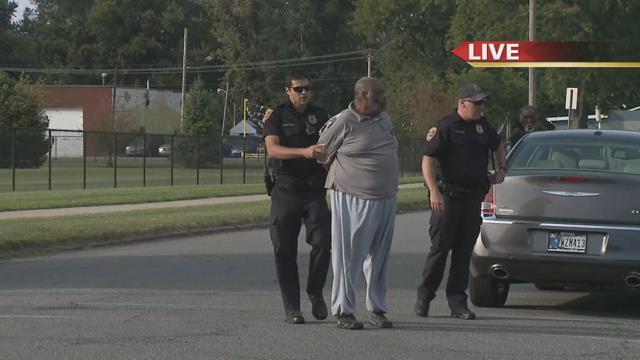 On September 24, Tracie Smallwood reported her granddaughter Anikah Smallwood had been abducted.

She told police Anikah was at a home on Kentucky Street when Jackson arrived and picked up Anikah.

Tracie told police Jackson had been in a relationship with Anikah's other grandmother, Felicia Kingslow and thought the relationship was ongoing.

When Tracie spoke with Kingslow later, she discovered Kingslow was not with Jackson and had not given Jackson permission to take Anikah, according to the probable cause affidavit.

After the conversation with Kingslow, Tracie contacted police.

Police spoke with Kingslow and she told them she had broken up with Jackson earlier in the day. She told him to go away and leave her alone, according to the probable cause affidavit.

Police searched for Jackson, but were unable to locate him or Anikah.

Jackson eventually returned to the Kentucky Street house with Anikah and he was taken into custody, reports said.

Anikah appeared unharmed but investigators are still trying to determine what happened during the time she was missing, according to investigators.

After speaking with Jackson, he allegedly admitted to taking Anikah without anyone's permission.

Jackson faces one count of kidnapping, a level 5 felony.