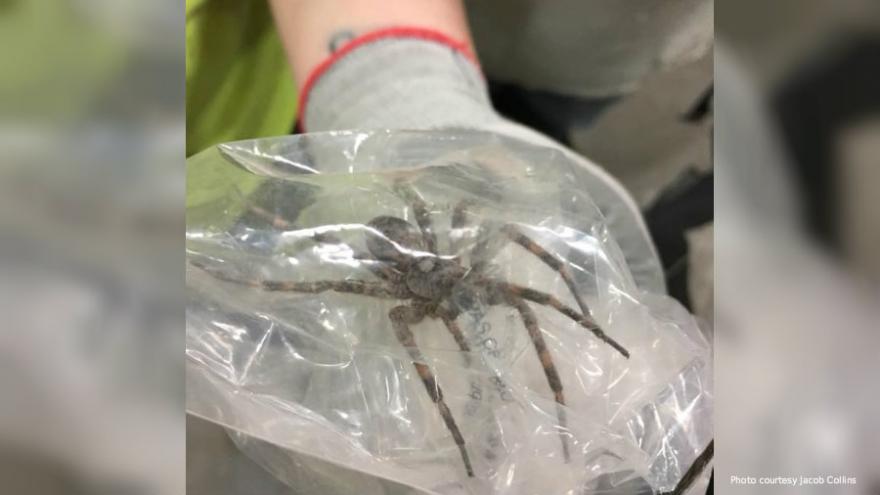 ELKHART, Ind. – A creepy crawly like this isn’t something you’d expect to see in Michiana.

Jacob Collins, an employee at Godfrey Marine, took to Facebook Tuesday night to share the discovery of a large spider while building a boat.

Collins said and others later learned the spider was a fishing spider which is a species often found near water.

Rather shy fishing spiders look similar to wolf spiders and have been known to catch small fish or aquatic insects to feed on.

The spider was let back into nature, away from the work site after a quick photoshoot.