Man forces his way into home and tries to stab homeowner 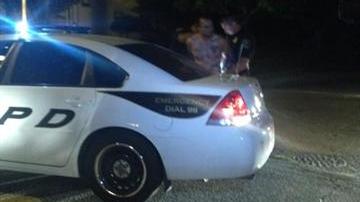 SOUTH BEND, Ind.-- On Sunday police caught a man trying to break into a home and the suspect led them on a foot pursuit.

Police say the man forced his way into a home in the 500 block of Irvington Street and then he tried to stab someone inside.

Shortly after our reporter's liveshot on CW25 at 10pm, ipolice arrested the man they were searching for and took him to jail.

While K-9 officers searched the area, police blocked off nearly 5 streets on the southside to secure a perimeter.

Police believe this may be domestic but it's still under investigation and no one was hurt.
Share this article: