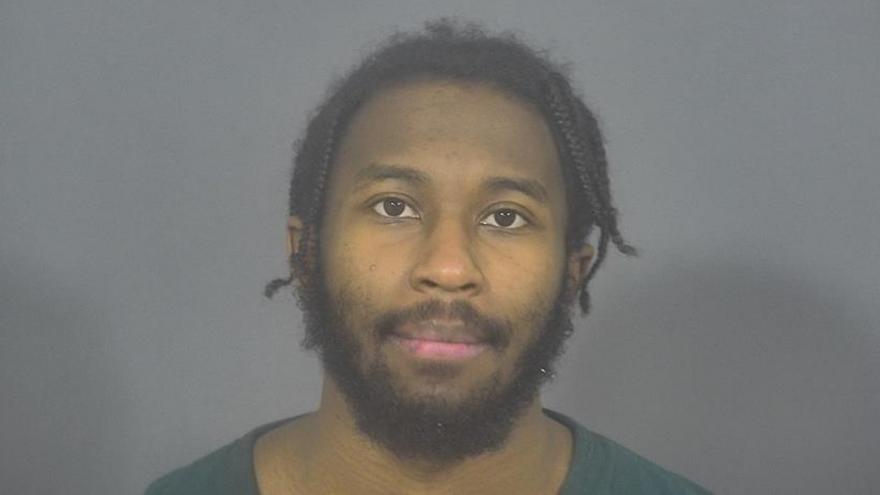 ST. JOSEPH COUNTY, Ind. – A 23-year-old man was found guilty of murder for his role in the death of 19-year-old Alan Diaz in March 2020, the St. Joseph County Prosecutor's Office announced.

A jury found Oliver Bwalya guilty on Wednesday for the March 3, 2020, death of Diaz.

At 11:40 p.m. on March 3, the South Bend Police Department was called to a home in the 1600 block of North Elmer Street for a Shotspotter alert and a citizen reporting a man down.

Officers got to the scene and found Diaz lying on the walkway leading to the house. Diaz had a gunshot wound to the abdomen, reports said.

He was pronounced dead at the hospital and an autopsy confirmed he had died from that gunshot wound.

On March 11, South Bend Police detectives were told that a few hours before Diaz was shot on March 3, Bwalya and others were involved in a home invasion with shots fired in Cass County, Michigan.

Bwalya said he and his accomplices were also involved in a South Bend crime later that same evening, reports said.

Bwalya told the St. Joseph County Metro Homicide Unit he and three accomplices had been involved in the Cass County crime and then came to Indiana to buy marijuana from Diaz, whom Bwalya knew.

Bwalya said some of the money for the deal was counterfeit, which matches evidence found at the scene.

After the “purchase,” Bwalya said he was walking back to the car his accomplices were in when he heard Diaz yell.

At that time, his three accomplices began shooting at Diaz, reports said. Ballistic evidence confirmed there were multiple firearms used at the scene.

Bwalya said he never had a gun or shot at Diaz.

He identified the three men who were with him that night and where they went after the shooting, which surveillance footage confirmed.

Surveillance footage, cell phone records, and other evidence confirmed the three men were with Bwalya, according to the probable cause affidavit.

Makaniuola said Bwalya did not shoot at Diaz but that he told them via Snapchat to bring their “sticks” which they translated as guns. The other three men did shoot at Diaz, according to reports.

Bwayla’s sentencing is scheduled for June 8.

The sentencing range for murder is 45 to 65 years.

The murder charges against the other three men are pending.