Man has part of ear bitten off in Chicago attack 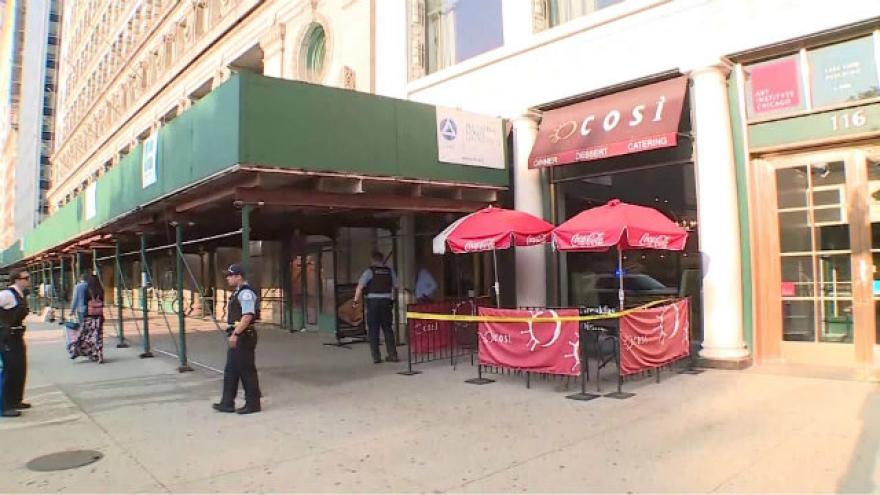 A 51-year-old Art Institute employee had part of his ear bit off by a stranger Thursday morning in the Loop. Photo courtesy WGN

Chicago, IL (WGN) -- A 51-year-old Art Institute employee had part of his ear bit off by a stranger Thursday morning in the Loop.

The incident happened around 6:45 a.m. in the 100 block of South Michigan Avenue.

The man was standing on the sidewalk when another man approached him and asked if he had a cigarette lighter. He told him he did not, and that's when the stranger punched the man in the back of the head and bit off part of his left ear, according to police.

The victim was transported to Northwestern Hospital in stable condition.

The Art Institute of Chicago confirmed that the victim is an employee, and released the following statement: "The safety and wellbeing of our employees and students is our first concern, and we have notified our campus community immediately. We are working closely with the Chicago Police Department as they conduct their investigation. We have increased security around our 112 S. Michigan and 116 S. Michigan buildings."

The attacker walked away southbound on Michigan Avenue. He is described as a black man in his 50s, about 5-foot-8 and 140 pounds with salt and pepper hair. He was wearing a big brown coat, brown shirt and brown pants at the time of the attack, police said.

The manager of Cosi restaurant, located at 116 S Michigan Avenue, walked outside and found the man’s ear on the ground. He told WGN-TV he picked it up with a napkin and gave it to police.