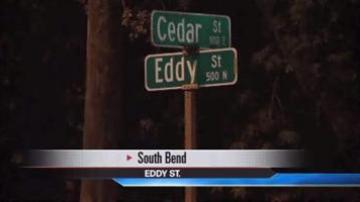 SOUTH BEND, Ind. — A man was arrested for allegedly breaking into a South Bend home.

Police say that it happened around 1 a.m. near the intersection of Eddy and Ceder Streets.

According to police, no one was hurt in the break-in.

A police supervisor say a man broke into the house and took off shortly after. Police were able to track him down and arrest him.