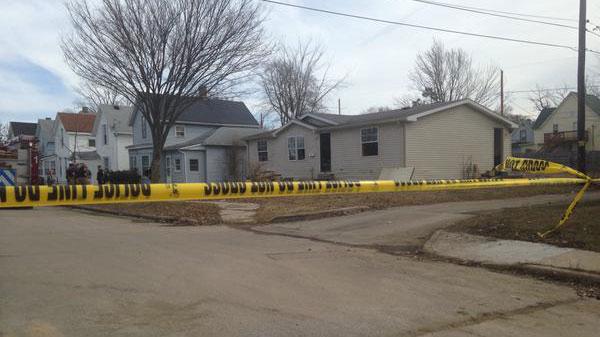 Firefighters and police responded to a house fire at a home in the 200 block of St. Joseph Street.

When firefighters arrived, they found smoke coming from the home.

An occupant of the home told firefighters the fire was in the basement.

As fire crews fought the fire in the basement, they worked their way into a room on the east side of the basement where there was intense heat, smoke and flames.

One person was taken by helicopter to the hospital with burn injuries.

“We have flown him out to the nearest facility that handles burn patients,” said Tony Balzano of Elkhart Fire.

While fighting the fire, firefighters found materials used to make meth inside the home, according to police.

“We aren't exactly sure what caused the fire right now. During the investigation by the fire department  they saw some stuff that led them to believe that there was methamphetamine manufacturing stuff in the basement,” said Sergeant Chris Snyder of the Elkhart Police Department.

The owners of the home said there were seven people in the home at the time of the fire, including a six month old.