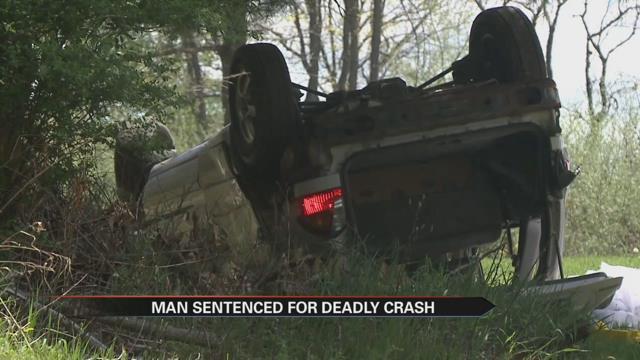 The man involved in an Edwardsburg car accident in May that left a 16-year-old girl dead just days before her prom was sentenced Thursday.

“We don’t want the defendant’s life to be ruined, but we want him to remember if he serves jail time that, whatever his sentence is, is minor compared to the lifetime that we must endure without our daughter,” Jennifer McKenzie said before a Cass County judge Thursday.

Clutching a framed portrait of their late daughter, the parents of Makayla McKenzie asked the judge for justice, but an appropriate amount.

Jeffrey Jackson, 25, sat near them.

He was the man behind the wheel of a red pickup truck that crashed into McKenzie’s SUV in Edwardsburg in May.

Jackson ran a stop sign, but he was not drinking, not on drugs or using his phone.

“We want to see consequence for careless actions, but it’s not going to make us happy to see him rot in jail,” Hannah Philpot said.

Philpot spoke alongside Camryn Raab – they were injured in the accident that took the life of their friend just days before prom.

The judge ultimately sentenced Jackson to 90 days in jail and 24 months of probation.

“I am going to do the full probation because I want to see that you make better decisions; that you do get counseling and services when you’re released from jail,” the judge said.

But right before his sentencing, McKenzie’s parents made a final request.

“Our one request is that when the defendant is able, that he will view our daughter’s funeral service, which is beautifully displayed and tells about her life, and it is on YouTube,” Jennifer McKenzie said.

Jackson’s driving and criminal record was clean before this accident, and the judge said she took into consideration that he took full responsibility for the crash right from start.