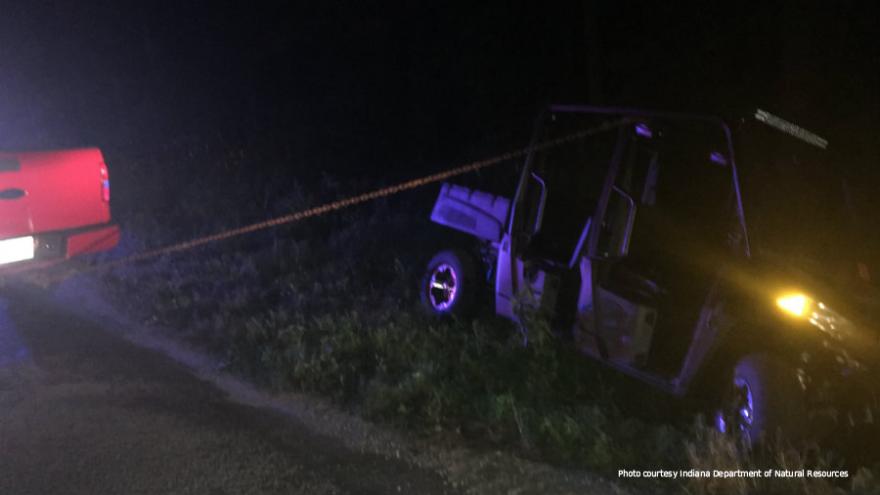 STARKE COUNTY, Ind. – A man is dead following an off-road vehicle crash that happened on the 5500 block of 700 East early Saturday morning.

The Indiana Department of Natural Resources says shortly after midnight, conservation officers were called when a passerby saw a 2017 Polaris off-road vehicle on its side with what appeared to be a person underneath of it.

Officers and deputies with the Starke County Sheriff’s Office arrived on the scene and found 49-year-old David Blessing to be deceased.

Officials say Blessing was traveling north while riding the vehicle partly in the grass and partly on the road when he hit a drop off where a culvert crosses under the road.

The sudden drop caused the vehicle to roll over onto its side.

Blessing was from Tinley Park, Illinois.