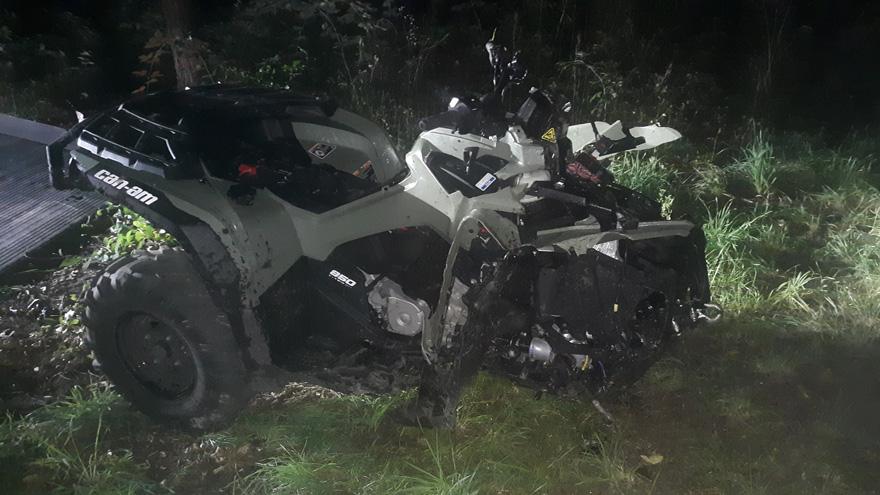 VAN BUREN COUNTY, Mich. -- A man was killed and a woman was critically injured in an off road vehicle crash that happened Sunday evening, according to the Van Buren County Sheriff's Office.

Deputies were called to the 76000 block of 33rd Street in Porter Township just after 9 p.m.

When they arrived, they located a man and woman on the ground and a four-wheeler on its side.

The man, a 41-year-old from Lawton, was unresponsive. Attempts at resuscitation were unsuccessful. He was pronounced dead at the scene.

The woman, a 45-year-old from Decatur, was breathing and conscious, but in critical condition. She was taken to a hospital in Kalamazoo for treatment.

Deputies say the four wheeler was traveling on 33rd Street when it left the roadway and struck a tree.

The driver and passenger were both ejected from the vehicle.

Deputies said the occupants were not wearing helmets.