Man opens fire in front of a Jewish school in France 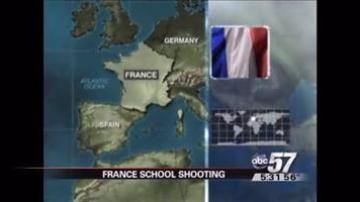 TOULOUSE, France -- A man opened fire in front of a Jewish school in France on Monday morning, killing at least three people!

According to the BBC, witnesses said two children are among the dead.

The alleged shooter opened fire right before the start of most classes there in France, and took off on a scooter.

The shooting happened at the same area where a gunman on a motorbike killed two uniformed paratroopers at a bank machine on Thursday.