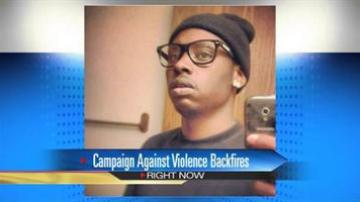 SOUTH BEND, Ind. -- A man who was planning an anti-violence event for this weekend was stabbed in the chest.

The stabbing happened at an apartment complex on Alonzo Watson Drive just before 2 p.m. Friday.

Davis' cousin Clauzetta Shinaul says he was alert and conscious when he was taken away on a stretcher.

A female suspect is being held by police.

Shinaul believes Davis was with his girlfriend at the time of the stabbing.

"A 23-year-old male was stabbed in the chest. It appears right now to be domestic, so we've summoned the family violence unit, and they graciously agreed to take the case," said Captain Phil Trent of the South Bend Police Department.

Police say they detained the woman quickly because of the 24-hour security at the Wescott Apartment complex. And it is just a few blocks from the police department.

Shinaul says she's glad Davis is going to be okay.

"He's a young kid, he's doing good. He has his own apartment. He's not a drug dealer or a hustler. I just don't understand why," said Shinaul.

Davis' family hopes he will still be able to host the stop the violence event Saturday but they do not know yet.