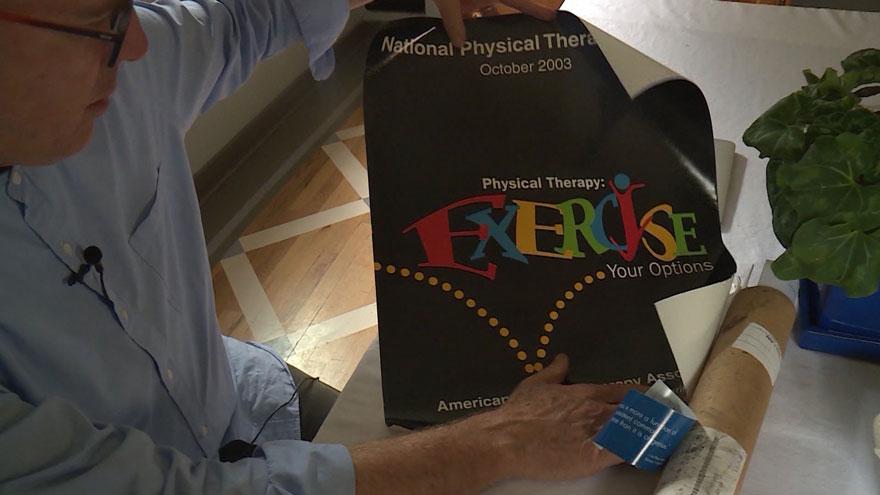 SALT LAKE CITY, UT (KSL/CNN) -- It’s never fun getting a package late, especially if you need it by a certain date — but try waiting 14 years.

On July 11, Salt Lake resident Dave Taggart got a package delivered to his home. In it was a poster he ordered back in 2003.

"I took the poster out and it took me a second to realize what had happened,” Taggart said. “The date on the bottom was a dead giveaway. It was October 2003. And then it all clicked."

Taggart ordered it from the American Physical Therapy Association for $8.50. It was supposed to hang in his physical therapy clinic to commemorate National Physical Therapy Month, which is in October.

“It didn't come and I didn't remember it," Taggart said. "I just forgot about it and didn't sweat it. It was just a simple poster, you know. I didn't have any heartburn over it."

The beat up package looked like it had been around for a while. There were some clues, though, that showed it had some recent activity. A tracking sticker with a 2017 date stuck out like a sore thumb next to the original sticker from 2003.

Taggart said it was proof that his beloved poster had been on a long and dedicated journey through UPS.

"The fact that they persisted and actually got it to me, even this late, is pretty funny,” he said.

The tracking number stayed the same all those years. When Taggart entered it on the UPS site, it only showed it was delivered July 11 of this year, but it didn’t have a chain of events leading up to that date.

KSL contacted UPS, and they said they only have a record of it from this month but are looking into the matter.

As for the company that sent the poster, they said their records show the order was sent out in 2003. The American Physical Therapy Association has switched systems since 2003, so if they sent it out this year, the company said they would have had a record of it.