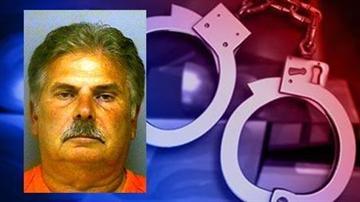 ST. JOSEPH COUNTY, Ind. -- The man who family members reported missing after a fire at his home was located and arrested in Calhoun County, Michigan on a warrant Friday.

The warrant was issued Friday for Douglas Wilcox on one class B felony count of arson.

The owner of the house told investigators he had purchased the home on July 19 at a sheriff's sale and had been allowing Wilcox to stay in the home while renovations were being made, including a new roof, court records said.

Wilcox was the previous owner of the house.

On August 16, Wilcox was recorded using an ATM in St. Joseph, Michigan.

On August 19, Wilcox's daughter contacted the St. Joseph County Police Department to report she received a letter from her father.

The letter, alleged to be from Wilcox, said, "I thought, screw it! Your mom built that house and no one else was going to get it. I hope the new owner had insurance!"

On August 23, the Fire Marshall advised the fire had started in two locations in the basement and had been intentionally set.

Wilcox was located Friday at a casino in Battle Creek Michigan.

Wilcox was taken to the Calhoun County Jail where he is being held pending extradition to St. Joseph County.