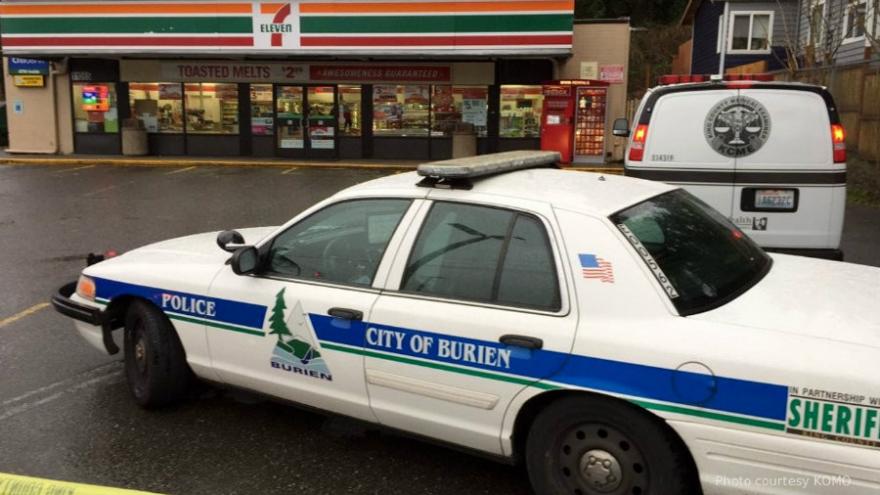 Midvale, Utah (KSL) -- When Dustin Malone learned that the woman suspected of pickpocketing him during a seizure had turned herself in, he was relieved.

But seeing the insulting, hateful and at times threatening comments mounting against the woman on social media, his relief turned to concern.

"Social media blew up," Malone said. "A lot of hate speech has been out there toward her and her family, who do not deserve this."

While he emphasizes he doesn't excuse the robbery, Malone says he has forgiven the woman responsible and hopes the community will do the same.

Malone, who was diagnosed was epilepsy three years ago, had stopped in the 7-Eleven convenience store at 6852 S. State on Oct. 4 when he experienced a seizure. Malone previously was a clerk at the store and had resigned three days earlier to focus on his job as a certified nurse assistant.

As he was on the floor, surveillance cameras recorded as a woman, believed to be Alexandra Dewsnup, 29, fished the wallet from his pocket.

Malone said it was painful to watch the video, both to see himself having a seizure and to watch the woman flip through the financial cards in his wallet, then step over his body as she left with one tucked under her arm. Unified police reported the stolen card was used for an online purchase later that day.

Police released images from the video Friday as they asked the public for help identifying the woman, prompting several calls from tipsters, including Dewsnup's parents. Dewsnup turned herself in Wednesday.

Malone, a former Army medic, explained that Dewsnup's family has reached out to him, explaining that mental illness may have been a factor in the alleged robbery. Now he's hoping she gets the care she needs.

"As a health care professional, my primary priority is the physical and mental well-being of those I come in contact with. She is no exception to that," Malone said.