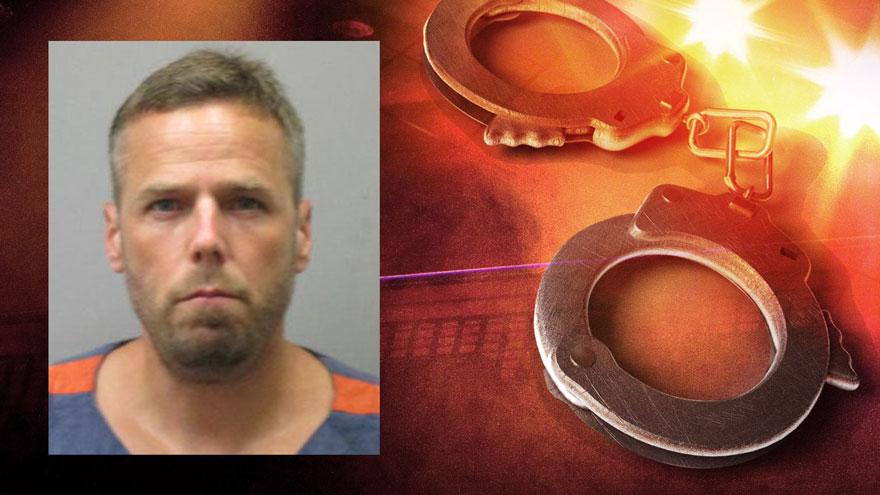 ELKHART, Ind. -- A man who led multiple police agencies on a two-state pursuit and ended with a 7 hour standoff has been sentenced to 23 years in prison.

Police say they were called to Howard's Auto Sales on By-Pass Road in Elkhart around 12:30 a.m. January 15, 2018 for subjects looking into windows and attempting to enter the business.

Police later learned the business had been burglarized and electronics and other items were missing. They were informed a blue car was seen leaving the business on West Lexington Avenue.

Although police did not find the blue car at the scene, they did notice a fresh pair of tire tracks in the snow which they followed to USA 1 Auto Sales in Elkhart.

Officers saw a man, later identified as Thomas Mosier, rummaging around behind the building of the property.

Mosier then jumped into the passenger side of a Subaru, which sped away and headed northbound on Nappanee Street. Police said Lee Underwood was driving the car.

As police began following the Subaru, Mosier leaned out the passenger side and fired several shots with an SKS rifle towards an Elkhart Police sergeant's patrol vehicle. The vehicle was struck by at least one bullet just above the headlight.

The pursuit continued into Michigan and the Cass County Sheriff's Department took over the pursuit.

According to police, the vehicle pursuit ended when the Subaru crashed near the intersection of North Shore Drive and Turpin Road in Cass County, Michigan. Mosier and Underwood then ran on foot, police said.

Upon searching the vehicle the suspects had abandoned, police found stolen property from Howard's Auto Sales and a small amount of methamphetamine.

A short time later, police learned the suspects had stolen a 2003 Ford F250 and left the area.

Michigan State Police found tire tracks from the stolen vehicle and followed them back into Indiana, to Bristol, and eventually back to Elkhart.

When officers located the stolen Ford being driven by Mosier in the area of West Bristol Street and Johnson Street, they say the vehicle began to drive away from them leading to another pursuit.

This pursuit ended when the car crashed in the area of County Road 15 and County Road 42. The suspects again ran on foot.

Police followed the footprints from the crash and discovered Mosier and Underwood attempted to break into a home near CR42 and CR15. The homeowner got his rifle and told Underwood and Mosier to leave, police said.

Mosier and Underwood continued fleeing and were later found at a residence on C.R. 15. Underwood got into an unlocked truck and refused to exit. Officers with the Elkhart Sheriff’s Department were able to remove him without incident after utilizing defensive tactics.

After finding Underwood, police heard gunshots from inside a barn in the area.

Mosier holed up in the barn and fired at least two gunshots.

Mosier eventually surrendered and was taken into custody.

Mosier pleaded guilty to all charges.

At sentencing, the judge took into account previous felony convictions in Michigan and Texas. He was sentenced to 23 years in the Indiana Department of Correction, the maximum under his plea agreement.

He is also facing charges in Michigan from this incident.

Underwood was sentenced on August 6 to four years in prison on the burglary charge and one year each for resisting law enforcement, auto theft, and possession of methamphetamine.

The final three counts will be served concurrently after the burglary sentence is completed.

Part of his sentence will be served on work release and home detention.