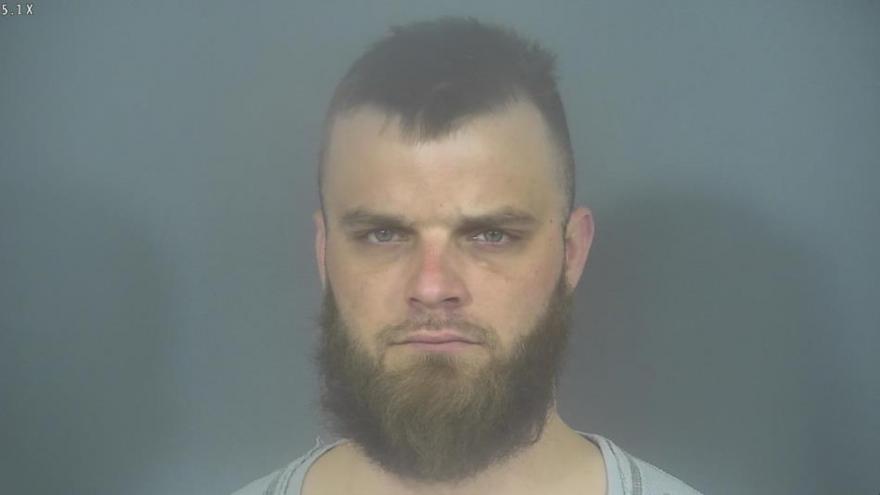 ST. JOSEPH COUNTY, Ind. – A man was sentenced to 30 years at the Indiana Department of Correction for child molesting, according to the probable cause affidavit.

On August 23, 2021, officers with the South Bend Police Department were called to a residence in the 1000 block of Victoria Street for a sexual assault report.

An officer spoke to a woman at the scene who said she found 32-year-old Benjamin Sirko laying naked on top of a seven-year-old girl.

The woman then called police.

While the officer was speaking to the woman, a man, identified as Sirko, came running around the corner near the alley. He was detained.

While police were investigating, the woman went into another room to look at a cell phone she said belonged to Sirko.

The woman showed an officer a video of what appeared to be Sirko touching the victim inappropriately.

The victim was interviewed at the CASIE Center where she said Sirko had come into her room and touched her inappropriately, according to reports.

She also said Sirko touched her inappropriately on other occasions and that it happened maybe ten times, reports said.

The victim said they occurred before this school year had started but after the last school year ended, according to court documents.

An officer spoke with the reporting woman again, who again said she saw Sirko naked on top of the victim.

She showed the officer a video she had recorded on her phone that showed a naked man who appeared to be asleep on top of the victim.

Investigators obtained a search warrant on Sirko’s phone, where they found a video of him inappropriately touching the victim.

In the video on Sirko’s phone, the victim was wearing the same clothing that was seen in the video the woman gave to police, reports said.

Sirko accepted a plea agreement and pleaded guilty to child molesting where the defendant is at least 21 years of age.

Two counts of child molesting – fondling or touching with child under 14, one count of child exploitation, and one count of possession of child pornography with an aggravating factor were dismissed.

Sirko was sentenced to 30 years and will receive credit for 25 days of jail time served.