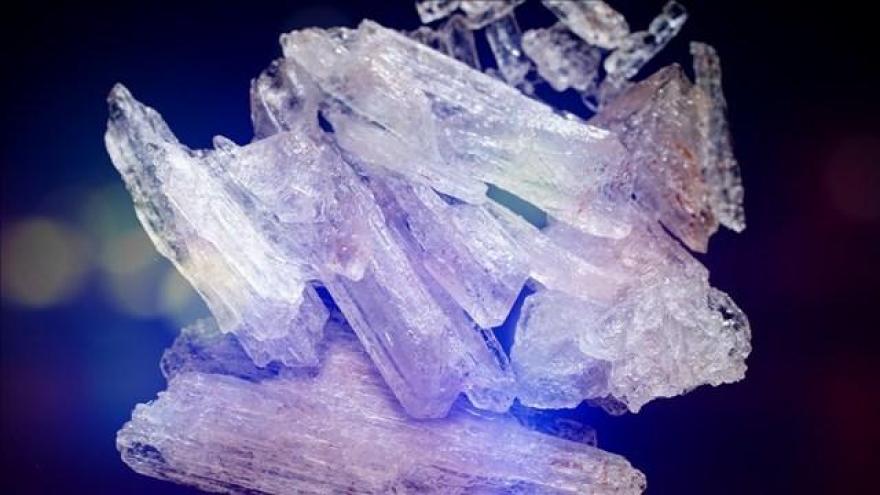 Faytteville, AR -- A California man is going to federal prison after being caught distributing methamphetamine in Arkansas, according to a news release from U.S. Attorney for the Western District of Arkansas Kenneth Elser's office.

Metin Metlu Sado, 48, of Encinitas, Cali., was sentenced Friday in federal court in Fayetteville (Feb. 17) to 87 months in federal prison, plus three years of supervised release for felony conspiracy to distribute methamphetamine. Encinitas was also ordered to pay a $9,900 fine, the news release states.

According to the news release, the sentencing stems from a matter that happened March, 11 2016. Authorities in Kansas City, Mo., found 8.5 pounds of methamphetamine that was set to be sent to Rogers via a Greyhound bus.

Authorities found the meth belonged to Bryanna Almanza. They watched Almanza's whereabouts for some time and in one instance, saw she was given a ride by Metin Sado. The two went to a hotel in Rogers, according to the news release.

Sado and Almanza were arrested in the hotel parking lot. The news release also states during a vehicle search of the car they were in, 6.5 pounds of meth was found in the back seat.

Sado pleaded guilty during October 2016, but wasn't sentenced until Friday, according to the news release.

Almanza pleaded guilty during June 2016 and was sentenced to 38 months in federal prison plus three years of supervised release during November of that year, the news release states.