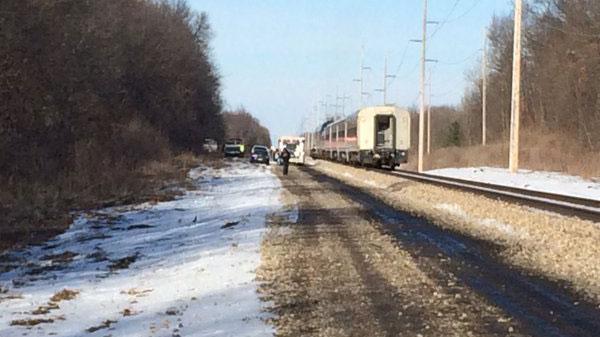 (CNN) A man on a train in eastern Switzerland stabbed several passengers and poured out some kind of liquid that caught fire Saturday afternoon, leaving six people hurt -- including a 6-year-old boy, police said.

In a statement on Facebook, St. Gallen police said the 27-year-old suspect was also injured in the fire.

In addition to the child, a 17-year-old man, a 50-year-old man and three women -- ages 17, 34 and 43 -- were taken to various hospitals with injuries ranging from burns to stab wounds, police said.

Dozens of passengers were on the train when the attack occurred on the route between Buchs and Sennwald, just before the Salez Station, authorities said.

The train was heavily damaged by the fire, and regional authorities have opened an investigation into the incident.

Service has been shut down on that rail line and buses were brought in for passengers, police said.