Man shoots woman to death in hospital bed, then kills self 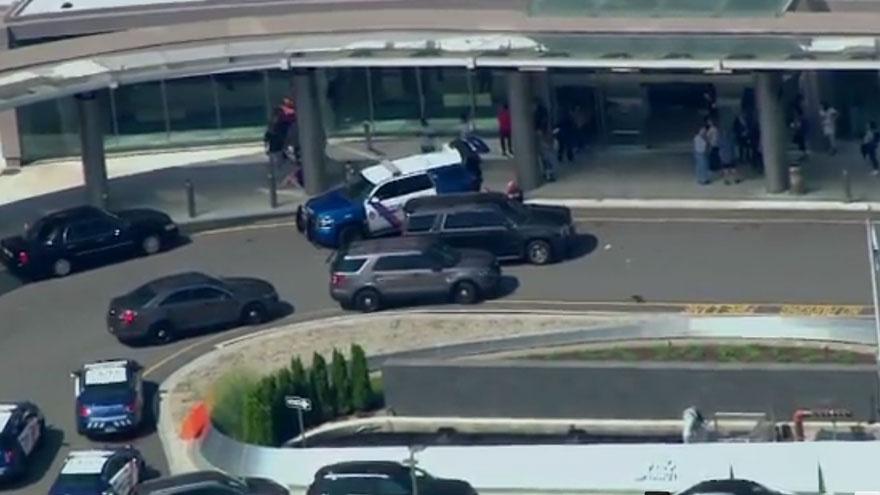 VALHALLA, N.Y. (AP) — A man shot a patient to death in her bed at a suburban New York hospital Wednesday and then killed himself, police said.

Police were trying to determine the connection between the two, who were found in a fourth-floor room after gunfire rang out around 9:40 a.m. at Westchester Medical Center in Valhalla, a major medical campus about 35 miles north of Manhattan. No one else was in the room at the time, Westchester County Public Safety Commissioner Thomas Gleason said.

"There appears to be some type of family relationship between the two victims and a murder-suicide-type situation," Westchester County Police Commissioner Thomas Gleason said. He said both people were in their 70s.

The woman was found in a bed, the man on the floor, and a .38-caliber revolver on the scene, he said. It's unknown how many shots were fired.

Dr. Srihari Naidu, an interventional cardiologist at the hospital, told The Associated Press by phone that he was at his office in a nearby building when he got an "active shooter alert," followed by a lockdown notification that lasted for about a half-hour.

The building where the shooting happened is "very well guarded," he said, and many areas cannot be accessed without badges.

Jatziri Escobar, a patient who arrived at the hospital shortly after 9 a.m., told The Journal News that she was in a room on the first floor when staff ran through the building alerting patients about the active shooting.

"I was kinda scared, but one of the officers told me to relax and all would be OK," said Escobar, 22, of Elmsford.

Photos posted on The Journal News and social media showed police blocking the entrance to the hospital and workers in lab coats and scrubs gathered outside it.

The hospital totals over 600 adult, pediatric and psychiatric beds in a campus in northern Westchester.

Former President Bill Clinton went there in 2004 for chest pains and shortness of breath; a test revealed narrowing of several vessels of his heart, and he underwent a quadruple bypass three days later at a Manhattan hospital. The hospital's burn center treated ESPN anchor Hannah Storm for burns to her face, hands, chest and neck in a propane gas grill accident in 2012.

Shootings at hospitals aren't unheard-of: A 2012 study in the Annals of Emergency Medicine counted 154 of them from 2000 through 2011.

In June 2017, a doctor who had been forced to resign from Bronx Lebanon Hospital in New York City two years earlier amid a sexual harassment claim opened fire inside the hospital on June 30, killing a doctor and hurting six others, authorities said. Police said the doctor, Henry Bello, killed himself at the scene.

Hospitals have been beefing up security in the wake of last year's Bronx shooting.

Other New York-area hospitals have been hiring police officers to provide security.

Hospital spokesman Kara Bennorth declined to discuss whether any security changes might be made in the wake of Wednesday's shooting.

"First and foremost, everyone is safe. That's what's most important," she said.