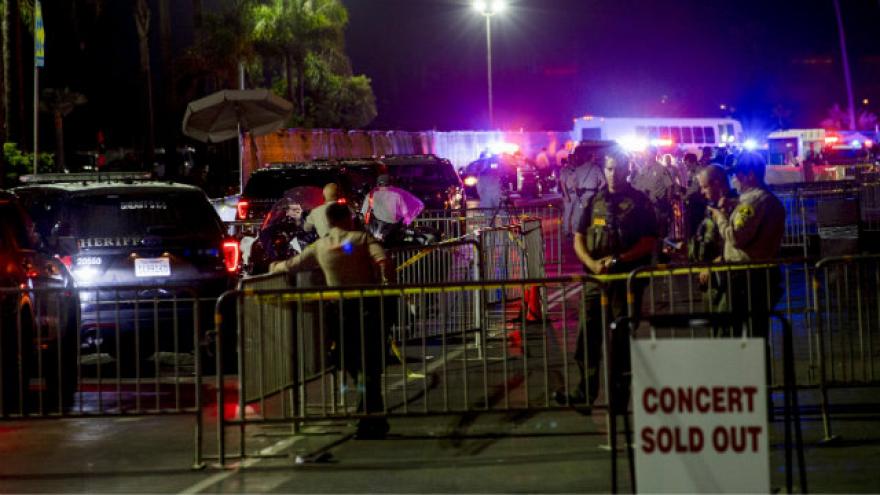 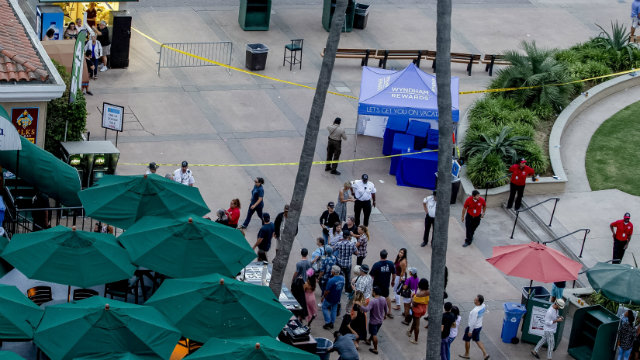 Police cordon off the area at Del Mar Racetrack where shots were fired ahead of an Ice Cube concert. Eclipse Sportswire / Getty Images

(CNN) -- Sheriff's deputies shot a man who opened fire outside an Ice Cube concert venue after being told the show was sold out, according to the San Diego County, California, Sheriff's Department.

The man had been trying to buy a ticket to the concert featuring the rapper Sunday at the Del Mar Fairgrounds in San Diego, the department said in a statement.

"An argument ensued at the gate and nearby deputies responded. The man pulled out a silver plated semi-automatic handgun and fired several shots into a crowded area. Deputies engaged and returned fire," the statement said.

Witnesses said the man had fired three shots and that sheriff's deputies had tried to stop him with a Taser before opening fire, CNN affiliate CBS 8 reported.

A video posted to social media appeared to show a deputy firing four shots at a man who collapsed in front of a ticket window as bystanders exclaimed. A man in a black and white uniform with a walkie-talkie on his belt was then shown trying to restrain another man.

Separate footage on Twitter captured sheriff's deputies attempting to resuscitate a man lying on the ground.

The sheriff's department said the alleged gunman shot by deputies was taken to Scripps Memorial Hospital La Jolla and his condition was unknown. No one else is believed to have been injured in the incident.

Del Mar Racetrack, where the Ice Cube concert is being held tweeted, "The situation has been contained. The concert is moving forward as planned."

CNN affiliate 10News reported that the concert began at 8:30 p.m..