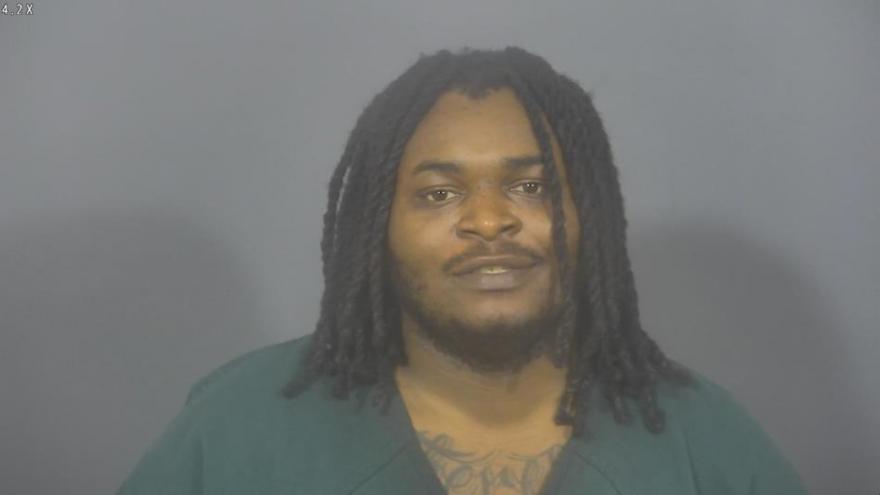 SOUTH BEND, Ind. – A man was arrested after another man was struck with a broken glass bottle inside Brothers Bar and Grill on Sunday, the South Bend Police Department reported.

At 1:30 a.m. on Sunday morning, officers were called to the bar in the 1200 block of Eddy Street for reports of an altercation.

The victim was in the bathroom of the bar waving his hands around while making a video when a man, later identified as 25-year-old Danzell Pinkerton, told him to watch what gang signs he was making, according to reports.

The victim denied making gang signs and said he was only having fun, reports said.

Pinkerton then allegedly hit the victim with a beer bottle.

The bottle broke, causing a deep laceration to the base of the victim’s neck.

After hitting the victim, Pinkerton left the bathroom and went to the outside patio area, according to police reports.

When patrons began pointing out Pinkerton, he and another man jumped the fence surrounding the patio and began walking north, reports said.

Pinkerton and the man allegedly ignored officers’ orders to stop as the two began to run toward a parking garage.

The second man was detained after he fell while running through the garage, according to case documents.

Officers found a handgun near him, reports said.

Pinkerton left the garage and was detained nearby.

He removed his jacket and empty shoulder holster before being detained.

Officers reported seeing blood stains on Pinkerton’s clothing, according to the probable cause affidavit.

Pinkerton was taken to the St. Joseph County Jail and faces the charges of battery by means of a deadly weapon and resisting law enforcement.