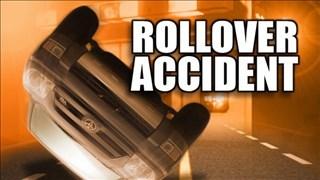 The Elkhart County Sheriff's Department was dispatched to a rollover accident Sunday morning.

Rodriguez attempted to pass a car in front of him in a no-passing zone, according to deputies.

He lost control of the vehicle and drove off the side of the road causing the vehicle to hit a utility pole and two trees before rolling over onto the roof, according to deputies.

Rodriguez was transported by helicopter to South Bend Memorial Hospital for treatment of his injuries.

Deputies say Rodriguez will be cited for improper passing and conditions which require him to drive at reduced speed.

The crash investigation is ongoing pending the results of a blood test.