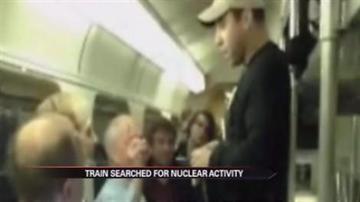 CHICAGO -- Members of the TSA Viper Team searched a metro train because of a nuclear scare in Chicago last week.

Officials say there were signs of nuclear activity on board the train.

It turns out a man on the train had a nuclear stress test earlier in the day which set off silent alarms.

He only got a clue it was him when an agent questioned another rider.

"And said sir do you have an explanation as to why I am getting a high isotope reading on your bag? And the fellow's jaw dropped," said Jerry Jones, had nuclear test done.

Once the agent said isotope, the man says he raised his hand and brought up his test.

Once he showed his identification and proof of the test, the train was able to leave.