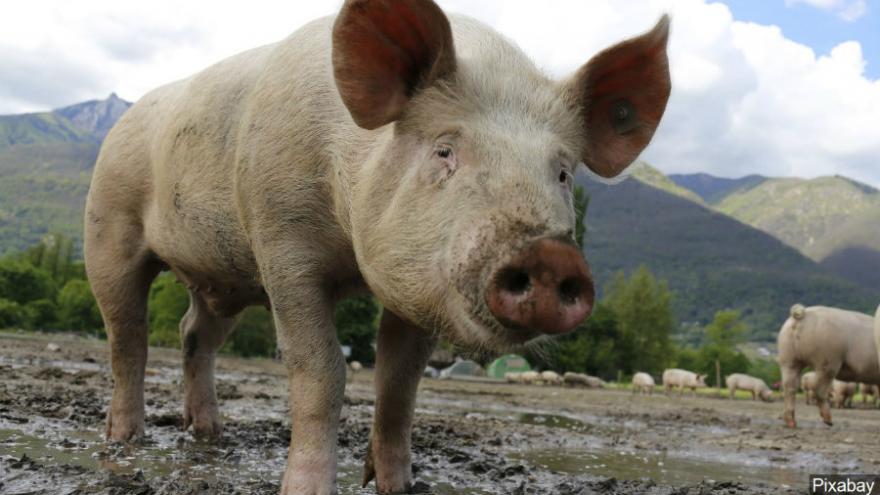 NORTH RIDGEVILLE, Ohio (AP) — Police in a Cleveland suburb thought they had a drunk on their hands when a man called to report a pig following him home from a train station.

A North Ridgeville, Ohio, officer arrived on the scene early Saturday to find the man was very sober and a pig was in fact following him.

The officer managed to get the pig in his patrol car and transported it to the station. It was eventually reunited with its owner.

Writing on Facebook, police mentioned "the irony of the pig in a police car now so that anyone that thinks they're funny is actually unoriginal and trying too hard."