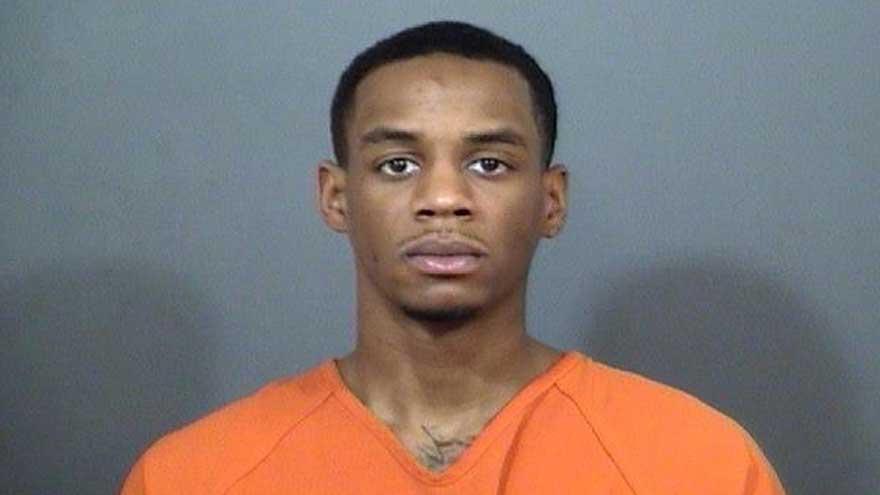 One of the men accused of opening fire on Dayton Street in March has sentenced to 100 years in prison for six counts of attempted murder and a gang enhancement charge.

Police say 29 shots were fired and six people were injured in the March 11 shooting.

Henry Turner IV, 24, was found guilty in September of 6 counts of attempted murder, 6 counts battery with a deadly weapon, 1 count of criminal recklessness. The jury also found he committed a felony while acting as a member of a criminal organization (gang enhancement) during his jury trial.

In addition, he was sentenced to 35 years for the gang enhancement.

The judge did not enter a judgement of conviction on the battery and criminal reckless charges to avoid double jeopardy.

Total, Turner was sentenced to serve 100 years in prison.

The South Bend Police Department wishes to thank our community for assistance following the conviction and sentencing of Henry Turner.

His conviction pertains to a shooting on Dayton Street where six people were injured. Days after the shooting, the police asked the community to help—and the community did just that.

Turner was convicted on September 20, 2018 of numerous charges including six counts of attempted murder.

A judge sentenced him to 100 years in prison.

The arrest and conviction of Turner is a direct result of the Group/Gang Violence Intervention Strategy. The GVI Strategy, involving numerous agencies and faith-based organizations, gives those committing violence in our community a chance to stop and choose a better alternative. If they choose to continue committing violent acts, then the South Bend Police Department is compelled to focus our efforts to remove violent offenders from the streets in order to keep our community safe.

Turner was given that chance and he chose to remain violent. As promised, he became a focus of the police department and is no longer on the street causing violence in our community.

The South Bend Police Department, through GVI, is committed to reducing violent crimes in our neighborhoods. We need our community's continued help in improving safety for all.