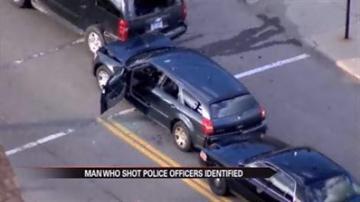 DETROIT -- Police are now learning that the 23-year-old man who shot and wounded two Detroit police officers was out on parole.

Matthew Joseph was on parole for a previous armed robbery conviction, when he led two police officers on a chase ending in a shootout Tuesday Night.

Both officers were shot, one of them hit at least three times in the head before returning fire, killing Joseph.

"You hope your training kicks in in situations like that occur.  I'm sure it did in those agents and officers.  They did a fantastic job," said a Detroit police official.

The officer shot in the head remains in the hospital in critical condition. The other was released after doctors treated gunshot wounds to his leg.