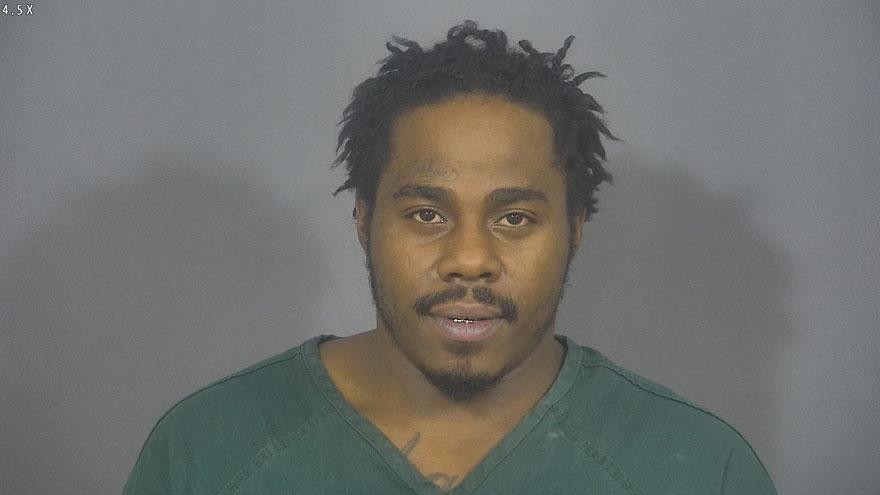 ST. JOSEPH COUNTY, Ind. -- A man who wanted to see his children forced his way into the wrong home, according to court records. He is now facing multiple charges in connection with the incident.

Tyshawn Kejuan Knightes has been charged with residential entry, intimidation (felony), intimidation (misdemeanor), battery resulting in bodily injury, possession of a controlled substance and carrying a handgun without license.

Around 4 a.m. November 1, Mishawaka Police were dispatched to a home in the 500 block of W. Battell Street. When they arrived, they found the three residents confronting a man later identified as Knightes.

Knightes was inside the home without a shirt and a hooded sweatshirt was on the floor at his feet, reports said.

The residents then informed police Knightes had a gun in his sweatshirt, according to the probable cause affidavit.

Inside the sweatshirt, police found a 45-caliber handgun, reports said.

The residents told police they woke up to a dog barking and when they looked outside, they saw Knightes throwing their recycling and trash bins into the road, reports said.

The male victim opened his door and asked Knightes if everything was okay.

Knightes walked towards the home and demanded to "see his children," reports said.

Knightes shoved the male homeowner out of the way, then ripped the handle off the screen door and entered the porch, then the main door of the home and walked into the living room, according to the probable cause affidavit.

The other homeowner then called 911.

The female resident went downstairs and tried to calm Knightes down, but Knightes threatened to, "pop two of you," if they didn't let him to see his children, according to the probable cause affidavit.

The residents tried to explain he was at the wrong home.

Knightes then referenced using his gun and threatened to smack the female resident, according to reports.

The third resident attempted to intervene, but Knightes struck the man with a closed fist, reports said.

During the investigation, Knightes refused to cooperate and became upset with law enforcement, reports said.

Knightes threatened to harm the officer who transported him to the St. Joseph County Jail, reports said.

At the jail, when Knightes was searched, officers located a small pink pill, later identified as morphine, reports said.