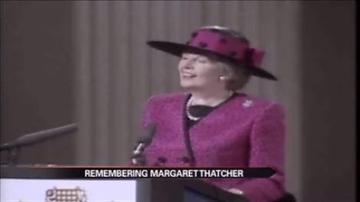 Margaret Thatcher suffered a stroke while in England.

She was Britain's first and only female Prime Minister.

Thatcher was known as the Iron Lady for her personal and political toughness.

The President released a statement, calling Thatcher a true friend to the United States.

"She forged an important special relationship with her counterpart in President Reagan and she was an unapologetic supporter of the trans-Atlantic alliance between our two nations which has continued to be so unique and vital to the United States as well as to Great Britain," said Jay Carney, White House Press Secretary.

She suffered her first stroke ten years ago and has had several since then.