Maryland teenager accused in school shooting charged as an adult 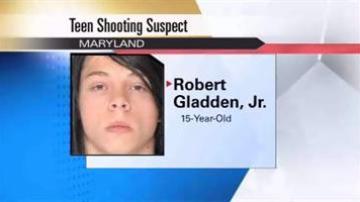 MARYLAND -- The teenager accused of blasting a shot gun inside of the school cafeteria has been identified.

Robert Wayne Gladden, Junior was charged as an adult with attempted first-degree murder on Tuesday.

Police say that the 15-year-old opened fire inside the school cafeteria and shot a 17-year-old.

That teen remains in critical condition.

Before the shooting,  police say that Gladden wrote on his Facebook page: "First day of school, least day of my life."

Gladden's father told the Associated Press that this son was bullied.

But investigators do not think that was the motive.