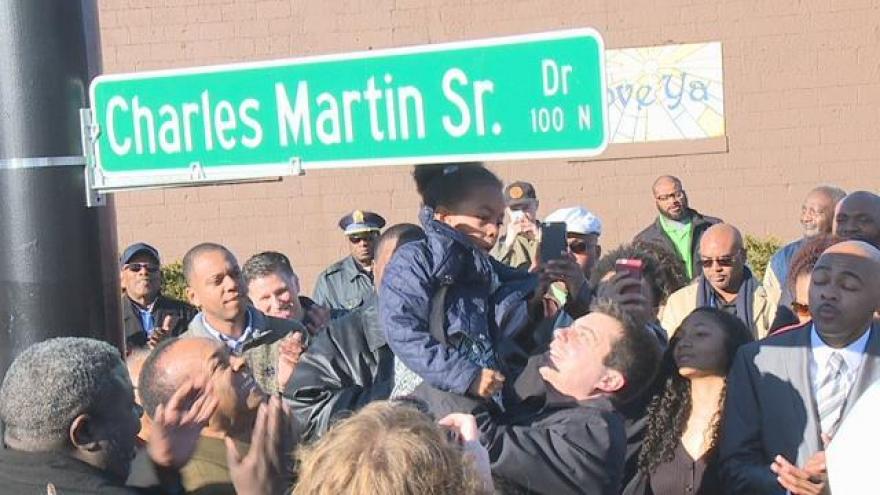 The street is dedicated to Martin, who ran the South Bend YMCA in the 70s and taught at Washington and Clay high schools.

The Charles Martin Youth Center is also named after him.

His son was on hand at the ceremony. He said it was nice to see his father's work for youth and the community be recognized.

"It's one thing to be remembered and celebrated, I think it's another thing for people to pick up the mantle and continue to touch people's lives the way that he touched people's lives," said Charles Martin Jr.