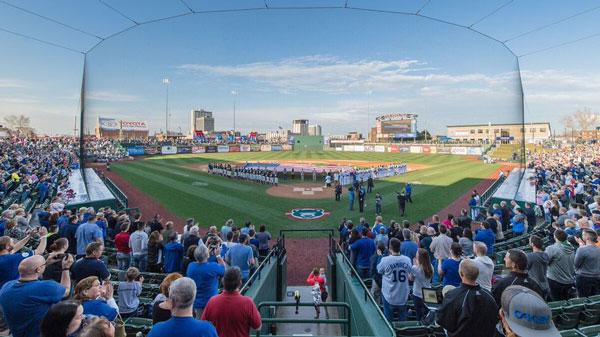 South Bend Mayor Pete Buttigieg will recognize the South Bend Cubs for its history making season during a celebration on Wednesday, December 2.

The mayor will recognize the South Bend cubs for shattering all previous single-season attendance numbers, earning the John H. Johnson President's Award and being named the Team of the Year by Ballpark Digest.

The celebration will be held at noon on December 2 at the Pepsi Stadium Club at Four Winds Field.

The first 150 guests will receive a complementary ballpark lunch in honor of the city of South Bend's 150th anniversary.

"It's been an amazing year," Andrew Berlin, owner of the South Bend Cubs, said in a press release. "And the city of South Bend, just like the fans who come from a hundred miles all around, has been a big part of it.  We're grateful to Mayor Buttigieg and every fan throughout the region."

Members of the Chamber of Commerce, DTSB, various business, university and not-for-profit leaders and supporters will be on hand to help celebrate.