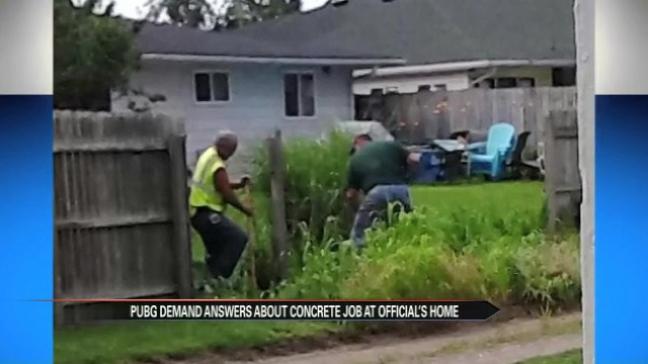 A special prosecutor in St. Joseph County released a report on the investigation into the allegations an employee of the South Bend mayor's office instructed city workers to perform work at her home.

The Senior Prosecutor David Thomas released a report that clears Kathryn Roos of any wrongdoing.

In July 2014, Roos, then Deputy Chief of Staff for Mayor Buttigieg, had landscaping work done on her home.

The contract was with general contractors Brooklyn Landscaping. That company hired subcontractors to do some of the work.

One of the subcontractors used a worker who was also a city employee. A nearby resident raised concerns about whether laws were being violated.

The special prosecutor reviewed the report from the Indiana State Police and conducted interviews, did research and collected additional evidence.

Thomas concluded there was no evidence Roos broke any laws.

The people who worked on her house were hired by the general contractor and subcontractor and Thomas said there was no evidence of wrongdoing on Roos' part.

Thomas stated there are other matters that remain pending, unrelated to Roos, but would not be able to provide any details or comments.

The Mayor and Chief of Staff Roos each released statements regarding the closure of the investigation.

“I am pleased, though not surprised, that Kathryn Roos has been cleared in this matter by the special prosecutor. She serves my office and our city with great skill and integrity, and I am glad that she is now free from this distraction.”
—Mayor Pete Buttigieg

“This report confirms what I have said since the beginning. I am glad this thorough investigation is over and I can focus, as always, on serving the residents of South Bend.”
—Kathryn Roos, Chief of Staff