McBride, Achonwa picked in first round of WNBA draft 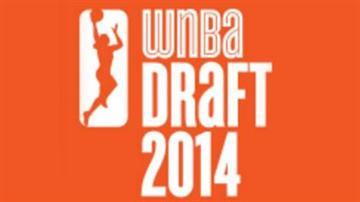 NOTRE DAME, Ind. -- In Uncasville, Connecticut, two Notre Dame players were selected in the first round of the WNBA draft Monday night.

Notre Dame released the following stats about their star players:

The quintet of McBride, Achonwa, Diggins, Peters and Novosel joins 2001 consensus National Player of the Year and three-time All-America center Ruth Riley (’01) as Fighting Irish players who were later selected in the first round of the WNBA Draft (Riley was chosen with the No. 5 overall pick in 2001 by the Miami Sol before being taken first overall in the 2003 WNBA Dispersal Draft by the Detroit [now Tulsa] Shock in 2003 when the Miami franchise folded). Riley is preparing to begin her 14th WNBA season next month, and her second as a member of the reigning WNBA Eastern Conference champion Atlanta Dream (with whom she signed as a free agent midway through last season).

McBride and Achonwa (along with fellow senior tri-captain Ariel Braker) are less than a week removed from spearheading the most successful four-year run in Fighting Irish women’s basketball history and helping lead Notre Dame to four consecutive NCAA Women’s Final Four appearances (2011-14), including three national championship game berths (2011, 2012 and 2014), and a 138-15 (.902) record. In addition, during the trio’s career, the Fighting Irish won three consecutive outright conference regular season titles (2012 and 2013 in the BIG EAST; 2014 in the Atlantic Coast Conference) and back-to-back conference tournament crowns (2013 in BIG EAST; 2014 in ACC), while posting a staggering 47-1 (.979) regular season league record in the past three seasons (55-2 including conference tournament play), including undefeated 19-0 combined regular season/tournament records in 2013 (BIG EAST) and 2014 (ACC – the first-ever by a league member in its inaugural season and first by any ACC squad since 2002-03).

McBride saved her best for her final college season in 2013-14, earning consensus first-team All-America honors, in addition to being named the ACC Player of the Year by the conference’s 15 head coaches and a finalist for every major national player of the year award. She averaged career highs of 17.8 points, 5.3 rebounds and 3.8 assists per game with one double-double and a team-high 14 20-point games. She also ranked among the top 10 in the ACC in free throw percentage (2nd - .880; also 13th in nation), assist/turnover ratio (6th – 1.78), assists (9th), scoring (10th) and three-point percentage (10th - .366). In addition, her 669 total points rank fifth on the school’s single-season scoring list, and her 23-game double-figure scoring streak earlier this year is the fifth-longest in program history.

One of the most gifted versatile posts and vocal leaders in Fighting Irish history, Achonwa earned Associated Press third-team All-America honors and was a second-team all-ACC choice in 2013-14 while starting 33 games despite a pair of knee injuries. She also averaged career highs of 14.9 points and 2.8 assists per game along with 7.7 rebounds per contest, a career-best .611 field goal percentage (seventh on the school’s single-season charts) and a team-high eight double-doubles. What’s more, she placed among the top 15 in the ACC in field goal percentage (2nd; also 3rd in nation), defensive rebounds (tied-4th – 5.6), rebounds (7th), blocked shots (10th – 1.2 bpg.) and scoring (15th).

In 145 career games at Notre Dame (third-most in program history), Achonwa ranks 12th on the Fighting Irish all-time scoring list with 1,546 points and fourth on the school’s career rebounding chart (970). In addition, she is tied for fifth in school history with 28 career double-doubles, and her .562 career field goal percentage stands sixth on the program’s all-time list.

Notre Dame women’s basketball fans will have one more opportunity to celebrate this year’s historic 37-1 season, and bid farewell to the senior trio of Achonwa, Braker and McBride, when the Fighting Irish hold their annual awards banquet April 22 in the Joyce Center Fieldhouse (north dome) — doors open at 5 p.m. (ET), with autographs from 5:30-6:30 p.m. (ET) and dinner at 6:45 p.m. (ET). Tickets are on sale by contacting the Murnane Family Athletics Ticket Office, located inside Gate 9 (Rosenthal Atrium) at Purcell Pavilion, from 8:30 a.m.-5 p.m. (ET) weekdays.