McConnell: No federal money should be spent on Trump's voter fraud investigation 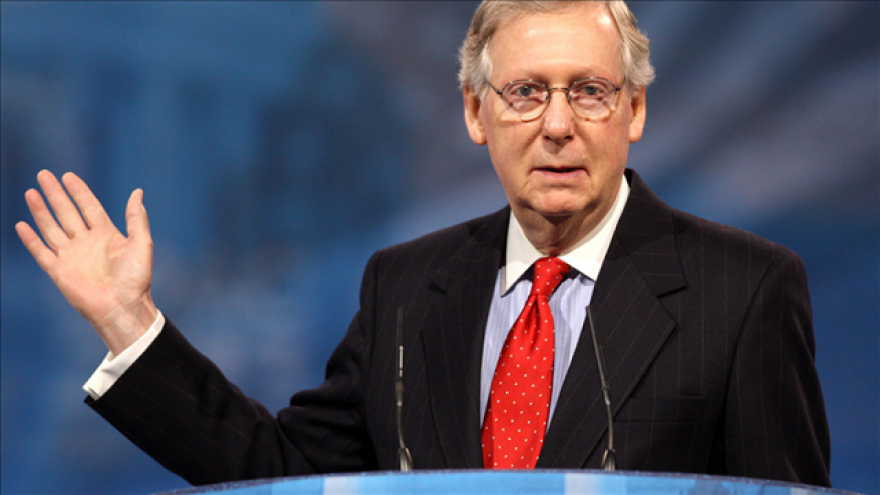 McConnell told CNN's Jake Tapper on "State of the Union" he wants to leave the task of wiping voters who have died or moved away off their rolls to state governments.

"This sort of thing is handled at the state level, and the Democrats always claim there's no election fraud at all. That is, of course, not true -- election fraud does occur. There's no evidence that it occurred in such a significant number that would have changed the presidential election, and I don't think we ought to spend any federal money investigating that," the Kentucky Republican said.

Trump has asserted, without providing any evidence, that 3 to 5 million people voted illegally for Hillary Clinton in 2016 -- similar to the margin of Clinton's popular vote victory over Trump.

He said he would launch a federal investigation into voter fraud. But the White House canceled an event where Trump was scheduled to take executive action ordering such an investigation more than a week ago and has not rescheduled.

Trump told Fox News' Bill O'Reilly in an interview aired Sunday he plans on setting up a commission headed by Vice President Mike Pence to scrutinize the issue.

"I'm going to set up a commission to headed by Mike Pence and we're going to look at it very very carefully," he said.