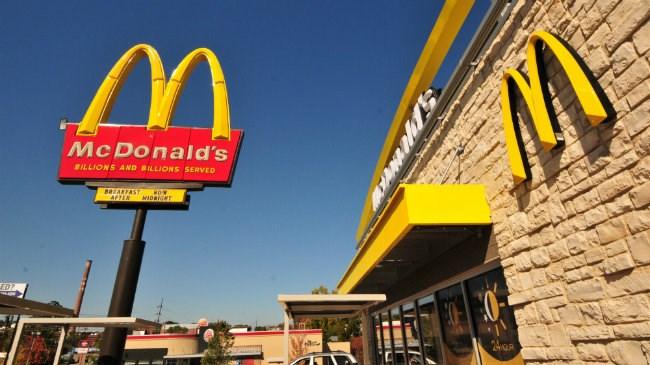 (CNN) -- McDonald's is removing Step-It activity trackers from Happy Meals due to concerns over skin irritations, according to a statement sent to CNN on Wednesday.

"We have taken this swift and voluntary step after receiving limited reports of potential skin irritations that may be associated from wearing the band," company spokeswoman Terri Hickey said in the statement. "Nothing is more important to us than the safety of our customers and we are fully investigating this issue."

The exact number of reports was not specified.

Casey Collyar of Arkansas, wrote on Facebook last week that her child was burned by the Happy Meal toy after playing with it for eight minutes. Her post was shared more than 100,000 times.

The fitness trackers, which come in six bright colors, were already being distributed and were set to be available for four weeks in the United States and Canada. The plastic wrist-worn pedometer measures steps and blinks quickly or slowly depending on the pace of the person wearing it.

In a promotional video for the gadget, two girls are trying out several different physical activities to increase the number of their step counts.

Hickey has not replied to requests for additional information, including the manufacturer of the activity trackers.

The fast food giant's plan to include the device sparked discussions on whether it would actually help promote healthier lifestyles among children or if it was just another crafty marketing strategy.

When getting Happy Meals, "it's nice to be able to have something that encourages kids to be more active, instead of handing out a big ice cream cone along with it," said Thebner.

Having observed her own children engaging in more physical activities because of trackers, Thebner said that "kids can be very competitive... There is certainly joy in getting those numbers up."

Michelle Garrison, an assistant professor of adolescent and child psychiatry at Seattle Children's Hospital said there can be a benefit when families get into it together and race against each other to see who racks up the most activity. But otherwise, she notes the benefits from these devices are more often short lived. "Giving children fitness trackers may increase physical activity for a few weeks, but longer term change takes more than that," she said.

Some research has pointed out the effectiveness of fitness trackers in getting young people moving. A 2009 study suggested that pedometers are useful for promoting physical activities among children and adolescents.

Jennifer A. Emond, assistant professor of pediatrics at Dartmouth Geisel School of Medicine, is skeptical of McDonald's new toys, saying that it's "not a credible way to promote healthy lifestyles to children."

"It's a common tactic used by food manufacturers. They promote their products alongside with healthy lifestyles," said Emond. The danger of such a marketing strategy is that it diverts parents' attention away from poor nutrition, making parents "feel better" by focusing more on the "energy out" side of the weight gain equation than considering energy intake.

She suggested that instead of feeding their children Happy Meals, parents might consider other affordable fitness tracker options, or "go for a walk, go to the park, play games with your family that promote fitness rather than going into a restaurant."

McDonald's has long faced criticism regarding low nutritional values in its food. In recent years, the company has been increasingly committed to improving its food quality, including introducing the low-fat Go-Gurt yogurt in 2014 and removing artificial preservatives from its chicken nuggets in August.

According to McDonald's nutrition calculator, a Happy Meal with a kids' fries, a cheeseburger, apple slices and a milk jug contains 530 calories and 20 grams of fat. It would take an average adult man who weighs 195 pounds about 90 minutes to walk off those calories, according to a calculator by the Calorie Control Council.

Garrison said there could be a mixed message, of sorts. "It does come across as an attempt at branding McDonalds and Happy Meals as 'healthy' -- and while they've made some improvements in that regard over recent years, there is still a long way to go."