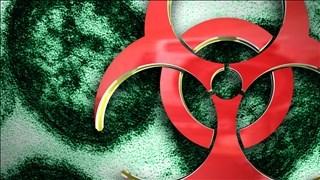 Three more babies who attended a Chicago-area day care center are confirmed to have the measles, bringing the number of infant measles patients linked to the business to five, the Cook County Department of Public Health said Saturday.

Health officials had said earlier in the week that two children under age 1 who attended the KinderCare Learning Center in Palatine, Illinois, tested positive for the measles, and tests for the three others had been pending.

Officials aren't sure whether the cases are linked to a multistate outbreak associated with Disneyland in California, the department said.

At least two of the children were not vaccinated against measles, though that was to be expected given their ages, the department said. The MMR (measles, mumps, rubella) vaccine generally is not given to children under the age of 1.

One other measles case has been reported in suburban Cook County; it isn't clear if that case is connected to the Palatine cases.

Since January 1, at least 110 confirmed measles cases have been reported in 16 states and the District of Columbia, according to the Centers for Disease Control and Prevention and health departments in four of those states.

That's a notable number for the nation in five weeks, given that the country's number of 2014 cases -- 644 -- was the highest in one year since 2000, when measles was declared to be effectively eliminated in the United States.

California has reported 103 cases since mid-December -- dozens of which are not counted in the nationwide 2015 total since they were confirmed before New Year's Day.

Many of the California cases, 32, are in Orange County, home to Disneyland, where an outbreak of the disease began.

The first measles case in New Jersey this year has been confirmed in a 1-year-old baby, the state's department of health said. No link has been found to the ongoing measles outbreak in California. The infant, who had not yet been vaccinated, has recovered.

People who have not had the MMR (measles, mumps, rubella) vaccine were told this week to stay away from the Palatine day care center and from others who have not been vaccinated for 21 days. Infected people are contagious from four days before their rash begins through four days afterward.

The day care center said that starting Monday, it will require all employees working in its infant rooms to be vaccinated against the measles -- an effort to prevent exposure to children who are too young to receive the vaccine.

The center also said that received a deep cleaning after the first cases were reported.

Measles is a highly contagious respiratory disease. It causes fever, red and sore eyes, runny nose, cough and a rash. It can cause deadly health complications including pneumonia and encephalitis.

Measles is spread by contact with an infected person through coughing or sneezing. It can remain in the air and on surfaces for up to two hours.

By Glen Dacy and Jason Hanna