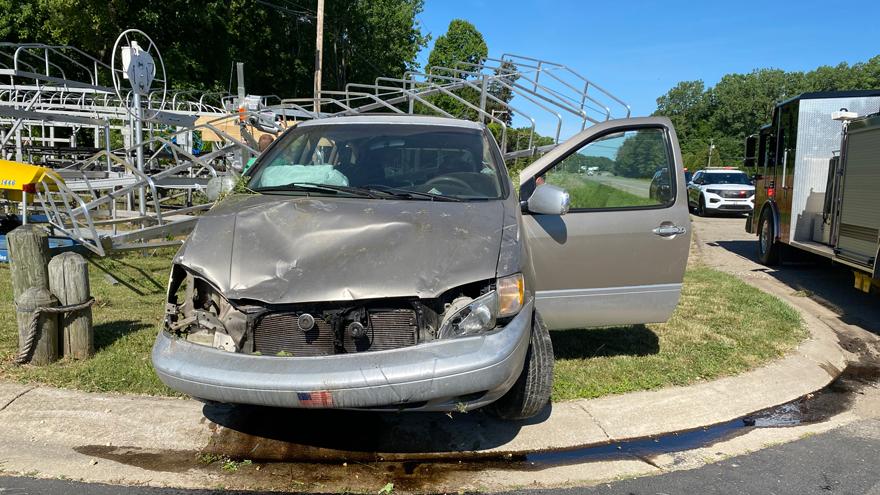 CASS COUNTY, Mich. -- A driver crashed into a merchandise display in front of a business on M60 Tuesday morning, according to the Cass County Sheriff's Office.

The investigation revealed a 69-year-old man was traveling eastbound on M60 when he had a medical emergency and struck a shore station, deputies said.

His daughter was in the car with him at the time.

The driver and his passenger were taken to the hospital with non-life threatening injuries.

Alcohol and drugs do not appear to be factors in the crash.