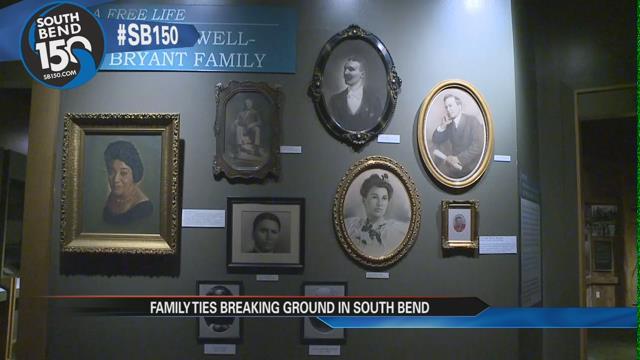 John Charles Bryant is a descendant of one of South Bend's first African American families.

The History Museum in South Bend welcomes you to step into yesterday.

One wall is covered with portraits dating back to the 1800s. For Bryant, those portraits have special meaning.

The Bryant-Powell family came to Indiana to escape the south, leaving Virginia and the Carolinas.

"If you were a free black you had to leave those states, otherwise you would become an indentured slave. Our family left in the 1830's, they settled in Spencer, Indiana."

Then about 25 years later, they moved to South Bend, where Bryant has lived most of his life.

Bryant says South Bend has been good to him.

"Be proud of your heritage."

He says he will always cherish the memories in the city.