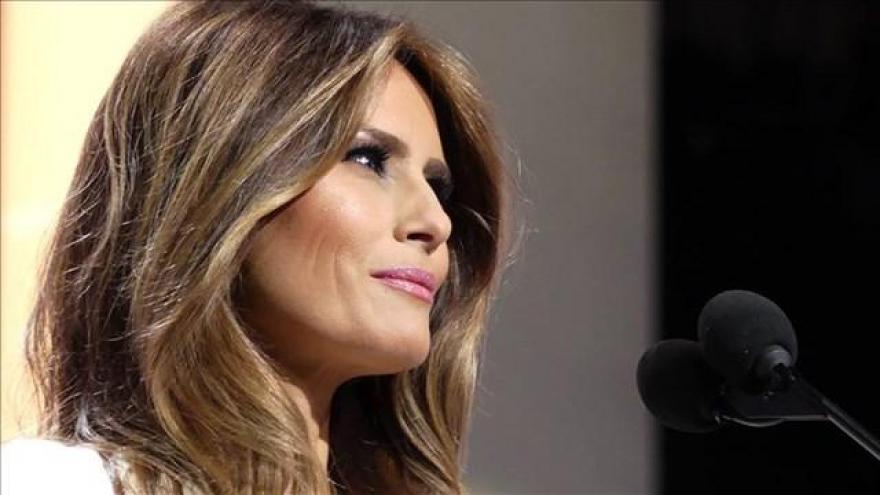 WASHINGTON (CNN) -- The president gets to live there, but the White House actually belongs to the American people and starting March 7, they can start to take tours for the first time during Donald Trump's presidency.

"I am excited to reopen the White House to the hundreds of thousands of visitors who come each year. The White House is a remarkable and historic site and we are excited to share its beauty and history. I am committed to the restoration and preservation of our Nation's most recognizable landmark," she said.

The announcement comes as frustration about the closure has mounted on Capitol Hill, where lawmakers are often contacted by constituents to schedule White House tours. Without someone to oversee the Visitors Office, a post that under Presidents Clinton, Bush, and Obama had filled before their respective inauguration days, those tours, and the perk of being able to arrange them, ground to a halt when Trump took office.

While Melania Trump is splitting her time between Washington and New York, as her 10-year-old son, Barron, completes the school year, the East Wing of the White House has been operating under a skeleton crew.

Previous first ladies of recent history have staffed up their office by this point in a new administration, but Trump, with her commuting schedule, has announced just two official hires to her team.

Lindsay Reynolds was named chief of staff two weeks ago, and "Rickie" Niceta Lloyd was tapped as social secretary last Wednesday. Additionally, Stephanie Winston Wolkoff has been serving as a close adviser to the first lady.

But it was Reynolds who said upon winning the job, that one of her first priorities would be to reopen the White House Visitors Office so public tours could resume -- and it appears she's succeeded.

Reynolds, however, said in a statement when she was hired that the lengthy pause in public touring was due to some needed upkeep.

"We are using this time to tend to routine maintenance, updates and renovations along the tour route to ensure the guest experience is top notch," she said.

Next month's resumption of tours signals signs of life from the East Wing, an important instrument of any presidential administration. With State Dinners, a packed schedule of events, and the upcoming Easter Egg Roll on the East Wing's agenda, Mrs. Trump's team will have a lot on its plate. Speaking of which, the first lady and her staff also need to oversee the selection of the Trump China -- add that to the to-do list.