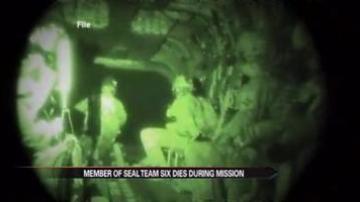 A member of SEAL Team Six is being remembered after making the ultimate sacrifice.

Nicolas Checque, a 28-year-old man from Pennsylvania died while trying to rescue a man held hostage by the Taliban.

An American doctor was taken while working for a charity in Eastern Kabul.

SEAL Team Six stepped in to try and save his life and that's when Checque was shot.

He later died from his wounds.

The doctor was successfully rescued.