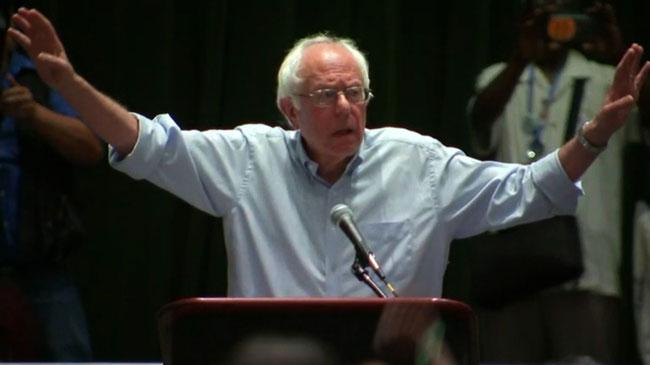 Here are some of the top lines from the opening night of the Democratic National Convention:

"Hillary Clinton must become the next president of the United States."

"To the Bernie or bust people, you're being ridiculous," said the comedienne and former Bernie Sanders supporter.

"Hillary Clinton sees me ... Donald Trump doesn't see me, he doesn't hear me, and he definitely doesn't speak for me," said Somoza, who was diagnosed with cerebral palsy and spastic quadriplegia when she was born. She said she'd met Clinton 23 years ago when she was first lady.

"My name is Marty Walsh, and I'm an alcoholic," the Boston mayor said, one of many speakers to speak about his personal struggle with addiction.

"I stand here today as proof you can live a normal and empowered life with mental illness," she said, before breaking into a performance of her song "Confident."

"I got my doctorate in megalomania studies at Trump University."

"I'm ninth-generation American. My family never crossed a border -- the border crossed us," the actress said, noting that Texas was once part of Mexico.

"Don't let anyone tell you that this country isn't great. This right now is the greatest country on earth."

"We have a presidential nominee in Clinton who knows that, in a time of stunningly wide disparities of wealth in our nation, that America's greatness must not be measured by how many millionaires and billionaires we have, but by how few people we have living in poverty."

"Trump's entire campaign is just one more late-night Trump infomercial. And for one, low, low price, he'll even throw in a goofy hat."