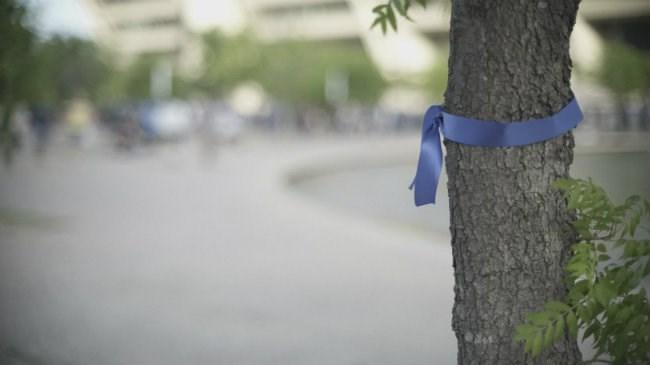 Speaking at the memorial service for five slain officers in Dallas, U.S. President Barack Obama praised police for protecting and serving the people.

"Like police officers across the country, these men and their families shared a commitment to something larger than themselves. ... The reward comes in knowing that our entire way of life in America depends on the rule of law, that the maintenance of that law is a hard and daily labor, that in this country, we don't have soldiers in the streets or militias setting the rules. Instead, we have public servants, police officers, like the men who were taken away from us."

Police in Dallas "showed incredible restraint" and "saved more lives than we will ever know," Obama said.

"When the bullets started flying, the men and women of the Dallas police, they did not flinch, and they did not act recklessly," he said.

"None of us were prepared or could be prepared for an ambush by hatred and malice. The shock of this evil still has not faded," former U.S. President George W. Bush said Tuesday as he called for unity at a memorial for five slain officers in Dallas. "At times, it seems like the forces pulling us apart are stronger than the forces binding us together. Argument turns too easily into animosity. ... Too often we judge other groups by their worst examples, while judging ourselves by our best intentions."

But Americans have a great advantage, Bush said.

"To renew our unity, we only need to remember our values. We have never been held together by blood or background," he said. "We are bound by things of the spirit, by shared commitments to common ideals."

"The soul of our city was pierced when police officers were ambushed in a cowardly attack," Dallas Mayor Mike Rawlings said at the beginning of a memorial service Tuesday for the five slain officers.

The mayor called for the city to come together as it grieves.

"While we did nothing wrong, there is a reason this happened here, this place, this time in American history. This is our chance to lead and build a new model, for a community, for a city, for our country," Rawlings said. "To do that, there will be tough times ahead. We will mourn together, and together is the key word here. We may be sad, but we will not dwell in self-pity. We may weep, but we will never whine. For we have too much work to be done. We have too many bridges to build that we will cross together."

For five days, the news has revolved around the horrific details of the slayings, but on Tuesday afternoon the focus was on the men in blue who lost their lives keeping watch over what had been a peaceful protest.

Michael Krol, 40, whose lifelong dream was to become a police officer.

Their deaths came amid a tragic week for the nation that saw Alton Sterling in Louisiana and Philando Castile in Minnesota killed during encounters with police.

The Dallas officers were fatally gunned down Thursday by a sniper, an armed-to-the-teeth Army veteran who targeted the officers, perhaps as retribution for police violence largely unrelated to north Texas. Police are still working to nail down an exact motive.

Dallas police officers and other first responders were among those filling the 2,000 seats in the Morton H. Meyerson Symphony Center, along with the families of the officers killed and injured in last week's attack and two civilians who were wounded, city spokeswoman Patricia Blasquez told CNN.

Top officials from the city and nation were also there to honor the five officers and their loved ones. Among them were President Barack Obama, who cut short a trip to Europe to visit Dallas, and his predecessor, one of Texas' favorite sons, George W. Bush. Dallas Mayor Mike Rawlings and police Chief David Brown also were set to speak.

The ceremony is not public, but the memorial was being simulcast at Klyde Warren Park, a short walk from the symphony hall. If the Monday night vigil for these officers outside City Hall was any indication, the 5-acre downtown park was expected to be at capacity. The White House website was also streaming the event.

In addition to their rare joint appearance, Obama and Bush will also meet with the families of the slain officers. The two men will see the families following the memorial service, Blasquez said.

Obama has acknowledged the sorrow, anger and confusion over recent events in the country, and he has urged Americans to use the violence as impetus to unify and cautioned them against viewing the Dallas shooting as some microcosm of the country's problems.

"I think the danger is that we somehow suggest that the act of a troubled individual speaks to some larger political statement across the country. It doesn't," Obama said.

An interfaith choir opened Tuesday afternoon's service, and the Dallas Police Choir was scheduled to perform the national anthem. An imam, rabbi and Methodist reverend from the area were to deliver an interfaith prayer before the speakers take the podium.

Obama was expected to speak last before an interfaith choir -- composed of singers from area churches -- was to join the Dallas Police Choir in closing with "Battle Hymn of the Republic."